The Kindle 2 is a stupendous piece of technology and is a significant improvement over the original Kindle. Its launch has been a smart move on part of Amazon as it helped the company to further maintain its stranglehold over the e-reader market. Its not without reason though as the Kindle 2 has a lot more appeal and functionality with none of the bizarre navigational aids that acted as a sore point in the earlier Kindle out to mar your experience with the new Kindle 2. The layout is clean and uncluttered while the arrangement of the keys have been made in the most attractive manner, something that has made the device all the more user friendly. The size of the navigation button too has been worked upon so as to eliminate the chances of accidental hits, as the case was with the previous version.
Improvements made in this Electronic reader

There were some features in the Kindle that can best be described as strange, like the slider control. Kindle 2 has none of these and in place of the slider control, there’s the 5-way rocker that works flawlessly.

Kindle 2 uses the e-ink technology that makes the display far better than its predecessor. In fact, the display is as close to a real book as you would have ever imagined.

With Kindle 2, you have the facility to adjust the text color in 16 different shades and about six font sizes. Kindle 2 also has a zoom in facility, which means you won’t have to strain your eyes anymore.

There has also been a significant improvement in the performance department as the refresh rate in Kindle 2 is up by about 20 percent.

The new Kindle 2 is also slimmer and thinner than its previous version, which is the result of a hardware streamlining effort. In fact, the thickness has come down to an amazing 0.36 inches. The new device looks gorgeous too. If you are particularly drawn to the original Kindle that is not as sleek as the new Kindle 2, you sure are likely to feel a bit uneasy when using it for the first time. However, you soon will be able to get over the ‘book-holding’ experience that you had with the previous Kindle. For more information consult our E-Reader Forum

Amazon has done a great job with the search feature in the new Kindle. This allows the user to narrow down the search result to a great extent with the help of a bunch of options that we all are all too familiar with. 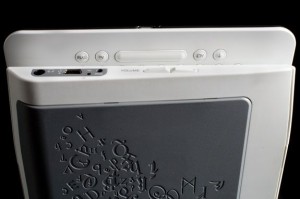 Such improvements has resulted in making the Kindle 2 to be closer to a dynamic computer than just being a static machine. And this is not all as there are a lot of other features that has made its way into the Kindle 2 all of which has contributed in making this one of the most favored device in the e-reader market, says an important e-reader blog. In fact, not for nothing has book lovers around the world have taken to the new Kindle 2 in a big way. 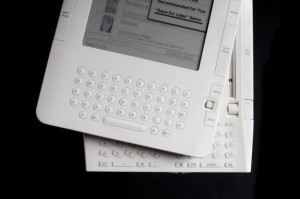