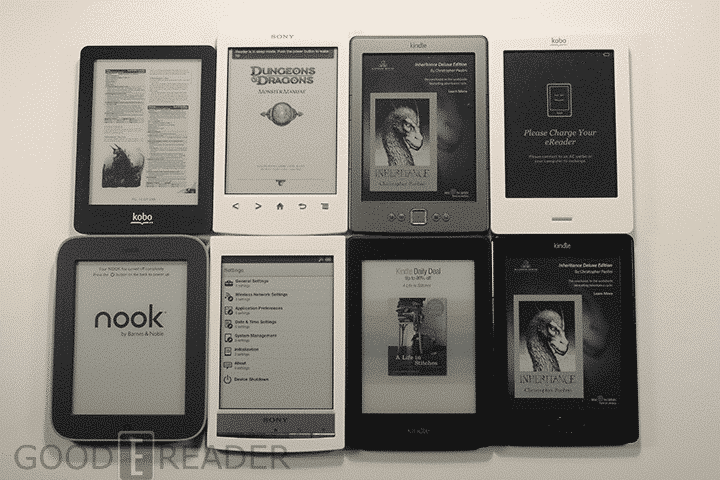 E-Readers have been around since 1997, when the Rocketbook was first released. Jeff Bezos was pitched to invest in the company, but he never did. Ten years later Amazon released the first generation Kindle and the industry took notice. In the ensuing years Barnes and Noble, Kobo, Sony and dozens of others entered the fray, trying to carve out their own market share. When late 2013 rolled around, everyone who wanted an e-reader already had one and the industry crashed. Many small and mid-level companies abandoned their e-paper tech or suspended operations. Sony famously saw no future in consumer e-readers and also jumped ship to focus on e-paper devices aimed at professionals. The dark days of e-readers occured from 2013 to 2016 and in late 2017 things begun to turnaround. E-Readers are popular again and many new companies are releasing their own products. What is next for e-readers?

There have been precious few innovations with E Ink technology for the past eleven years. Pearl, Pearl HD, Carta, Card HD and Mobius were the most popular. They experimented with two different generations of color e-paper, but only Ectaco, Pocketbook and Hanvon ever released consumer products and did not sell well. I once asked Kobo CEO Michael Tamblyn why they never jumped on the color bandwagon, he said the colors looked too washed out and customers wouldn’t accept it. Touche.

When it comes to new technology for e-readers, other then the resolution, there were only a few new things that came around that peaked consumer interest. Barnes and Noble pioneered front-lit displays, which has a series of LED lights on the bottom of the bezel and projected light, evenly across the screen. The intention was to let people adjust the brightness of the screen, to read at night. The next innovation was orange LED’s, that muted the white light, into various shades of orange. This resulted in a color temperature system and almost every e-reader are employing white and orange LED lights.

Barnes and Noble and Kobo made e-readers waterproof, and this begun the next chapter for the e-reader industry. These two brands realized that lots of women were reading paperbacks or hardcovers in the bathtub and if e-readers  used IPX6, IPX7 or IPX8, it would allow them to bill their e-readers to be used in the beach, or bathtub. If you dumped a cup of coffee or tea on your e-reader,  it would no longer render it inoperable, it would live to read another day.

Waterproofing, front-lit displays and higher resolution e-paper allowed the e-reader industry to enjoy the resurgence we see today, but it was Sony that allowed e-paper tech to reach an entirely new demographic, the Digital Paper.

Sony was the first company to release a 13.3 inch digital note taking device that came with a stylus and was designed to edit PDF files and take notes. It was initially priced at $1,200 and proved to be a sensation. Everyone was beginning to realize that wasting paper is tremendously wasteful and we now live in an era where global warming is a real thing and various garbage patches in the ocean are killing marine life. The Digital Paper basically sold itself in 2015 and then competitors started to develop their own devices, such as the Boyue, Onyx Boox, Remarkable and even Good e-Reader. All of these new digital note taking devices came in various sizes and I believe this niche saved the e-reader industry. Finally people had large screen devices to read ebooks, run Android apps and edit PDF files.

What is next for the e-reader industry? I believe Clearink is years away from shipping a commercially viable product. E Ink developed a few concept dual screen devices, but so far no companies are biting on the tech. Advanced Color E-paper is primarily geared towards digital signage, although the president of E Ink Johnson Lee said he would not rule out this tech coming to e-readers, in order to make it happen they need to develop an entirely new Waveform Controller, since REGAL, which is used on most e-readers to control the page turn speed, is incompatible with ACEP.

What do you think will be the next big thing in e-readers? Should they go smaller than six inches, larger than 13.3? Color e-paper? A new operating system?