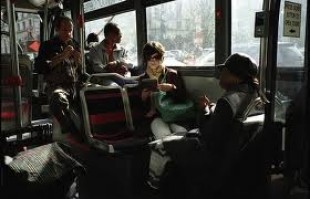 Amazon.com launched its German Kindle store earlier this year, and despite a sluggish response at first, reports that ebooks are finally taking off in Western Europe are trickling in. Whereas Amazon’s book sales in the US are far skewed towards digital now, the European consumers who were initially slow to embrace digital reading are now giving ebooks a second glance, mostly on tablets rather than dedicated e-readers.

According to an article for paidContent.org by Laura Hazard Owen, ebook sales in Western Europe have risen by 400% last year, with ebook sales speculated to be as much as 15% of the total bookselling market by 2015. Further, while almost half of all ebook sales in Europe have been in the UK, Germany is arguably the largest digital frontier after the US, with Amazon.de and Kobo’s massive German ebook store both seeing slow but steady increases in sales.

Now the speculation turns to the rest of Western Europe’s as-of-yet untapped mines of ebook consumers. There has been quite a bit of coverage and discussion of a potential Amazon presence in Ireland, Spain, and now Italy, although whether these ventures will include dedicated Amazon stores or merely distribution centers for print order fulfillment remains to be seen. Amazon is currently in partnership with Italy’s largest publisher, Mondadori, and has incorporated approximately 2,000 Mondadori titles (with talks of another 1,000 titles available by the end of the year and around 8,000 titles expected in 2012) into its Kindle stores in the .com, .uk, and .de markets.

Despite expanding its reach to a number of foreign countries with country-specific Amazon websites, the online giant has only one foreign language Kindle store at present; however, Kobo’s German store far outshines the internet retailer in amount of content. Kobo is also said to be launching its ebook stores in Italy, France, Spain and the Netherlands by this autumn.