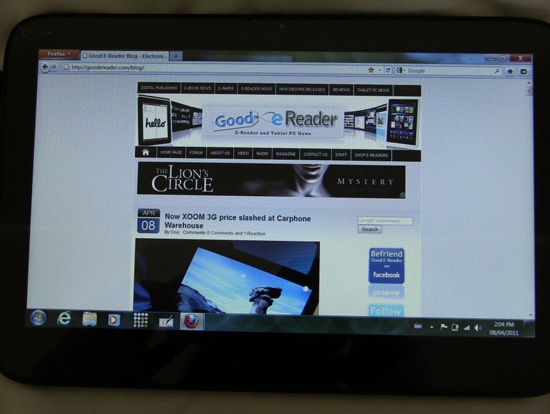 We have reported a few times in the last few days about how the Blackberry Playbook is going to be discontinued and how the technology is doomed to fail without a strong injection of software functionality. Even some of the project managers that were there from the beginning of the tablet creation have fled. According to a Microsoft sales report Windows based tablets are outselling the Playbook.

It is well known that Google Android Honeycomb was developed exclusively for tablets and Microsoft is preparing Windows 8 for the same reason. Microsoft although does not have a OS designed for tablets the OS still enjoys robust sales.

According to a recent report by Strategy Analytics, the Windows operating system controls 4.6% of the market, while the Playbook only has 3.3%. Both of these companies pale in comparison to the success of the Apple iPad which dominates the market with 61.3%. Meanwhile Android within a year went from 2.9% of the market to 30%, which bodes well for the future of the Google based tablet sector.

Microsoft continues to sing the praises of its Windows 8 variant of the popular OS. I am excited that finally MS will deliver an operating system designed for touchscreen interaction and will influence more companies to get behind it. Windows 7 is actually not too bad on a tablet, but you get the best results when companies wrap their own GUI and UI around it. I really think EXOPC delivers the best Windows 7 tablet experience and was my pick last year for best tablet with that OS.