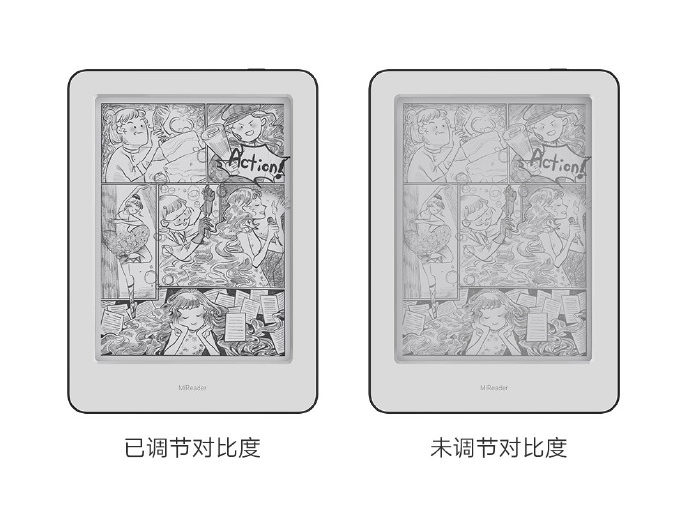 Xiaomi announced on various social media platforms some concept designs and sketches of a new e-reader and it looks like it was a reality quicker than originally thought. The Mi Reader will be available via MiJia crowdfunding platform on November 20th.  This e-reader looks nice, but it is only being marketed to Chinese users and although it runs Android 8.1, it has a Xiaomi skin.

The Mi Reader features a E Ink Carta HD touchscreen display with 212 PPI screen. It has a front-lit display and color temperature system with 24 LED lights total. Underneath the hood is an Allwinner B300 processor, which has quad-cores and running at 1.8GHz. There is 1GB of RAM, 16GB of internal storage. There is additional cloud storage to house your ebook, comic or manga collection via the Baidu cloud disk. It is powered by a 1,800 mAh battery, has a USB-C port and weighs 178 grams.

This device is capable of reading TXT, EPUB PDF, DOC, XLS, PPT and various manga formats. It will cost around $80 USD when it becomes available to pre-order later today. It is going to ship in the second week of December and it remains to be seen, who will distribute it once the crowd phase is over?