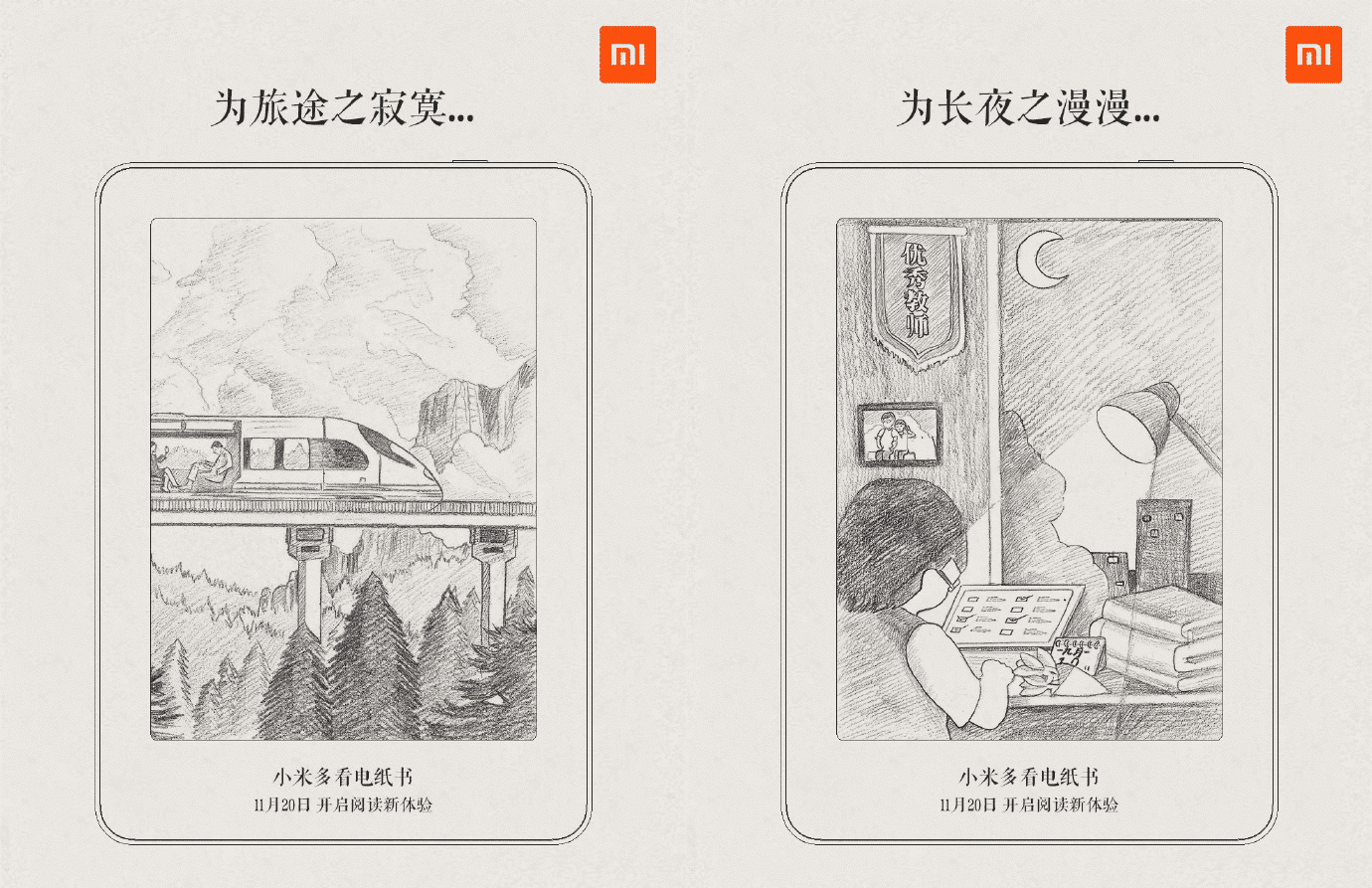 Xiaomi has released a number of e-readers, some of them have been subcontracted to other companies for distribution and sales. This is the case in the T6 e-reader that came out earlier this year. Xiaomi also developed the Moan W7, a digital note taking device. It was first announced in the spring, but still is not available in China yet. Xiaomi is not done with new e-readers this year, they have something new up their sleeves.

Mijia is a sub-brand of Xiaomi and they sell everything from action cameras and to pens and protective glasses. This is the company that is planning to enter the e-reader segment with an e-reader that Xiaomi has developed and offer it available on their crowdfunding platform.

This news stems from the official Mijia account on Weibo and has shared a couple of design schematics that showcase its upcoming e-reader. The device, price and specs should be going live on November 20th. We should know around then, what this brings to the table.

The images basically show a six inch e-reader with a touchscreen and no buttons. It remains to be seen what ebook ecosystem will be loaded on the device, so people can easily buy books. JD Read seems to be a popular digital bookstore and also sells the T6 e-reader on their website, they are a natural partner.