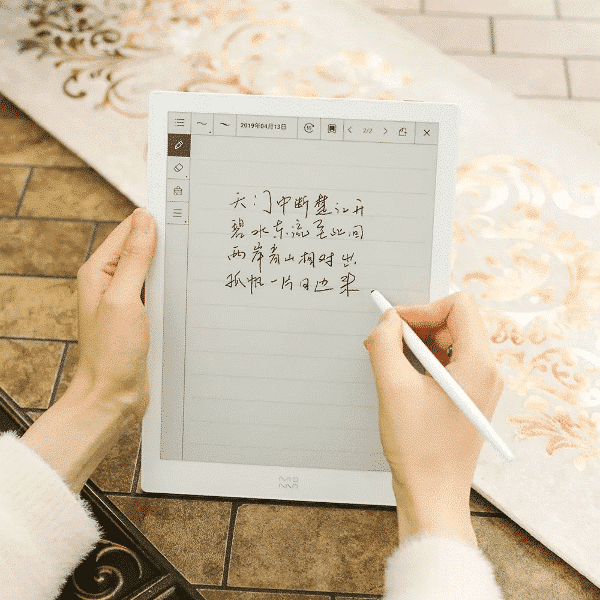 The first digital note taking device from Xiaomi, might never see the light of day. The 10.3 inch E Ink product called the Xiaomi Moan W7 was supposed to be released in June and their still isn’t a firm release date. Developers working on the product told Good e-Reader that they only designed Chinese firmware and do not have plans to release an English version.

The first digital note taking device from Xiaomi features a E Ink Mobius 10.3 inch device screen with a resolution of 1404 × 1872. It has a touchscreen layer and also WACOM. It comes with an electromagnetic stylus with support for 4096 pressure levels and a refresh rate of up to 360 times per second. The algorithm inside is able to recognize handwritten text and convert it into electronic text. This is a feature that only a small handful of products in this category have. Underneath the hood is an unknown processor, 2GB of RAM and 32GB of internal storage. It is powered by a 3,800 mAh battery and is running Android 8.1, which is one of the first E ink products to have a modern operating system. The Xiaomi layer, which is heavily skinned and doesn’t have a proper settings menu.

Good e-Reader has removed this product from their store, this is because we have no faith that this product will ever be released or have English firmware.