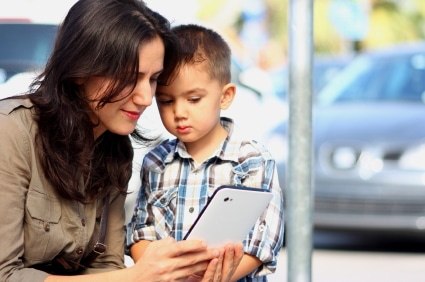 A recent survey by Yahoo tried to decipher how popular tablet computers have become in the USA. Who would have imagined tablet PCs (in the market only since April 3 2010, the day when the iconic Apple iPad was launched) would go on to be so important that many wouldn’t mind giving up on their cars for a year to have the tablet of their choice, according to Yahoo. This is something that environmentalists will like, if we pretend consumers did go without their cars. That would mean 45 million less cars to clog the street and 270 million less pounds of carbon deposited in the atmosphere.

Among the other facts that have emerged about tablet usage in the US, Yahoo concluded that the mobile computing device has already made it past TV remotes to be the most sought after device in the living room. That said, the tablet is still to catch up with the desktops or laptops, which continue to dominate the tablet PCs.

For some, the tablet has become so endearing that they even need to carry it to the bathroom with them. One third of men often do this, while the figure is even higher for women (60 percent carry their tablets to the bathroom frequently).

Similarly, a staggering 91 percent have said they carry their tablet to bed. Tablet devices have come to dominate consumers’ in-bed behavior like never before. What the survey revealed is that 25 percent women won’t mind giving up sex to spend time on their tablet, though the men that responded seem to be more traditional, as just 13 percent think sex is less important than the tablet.