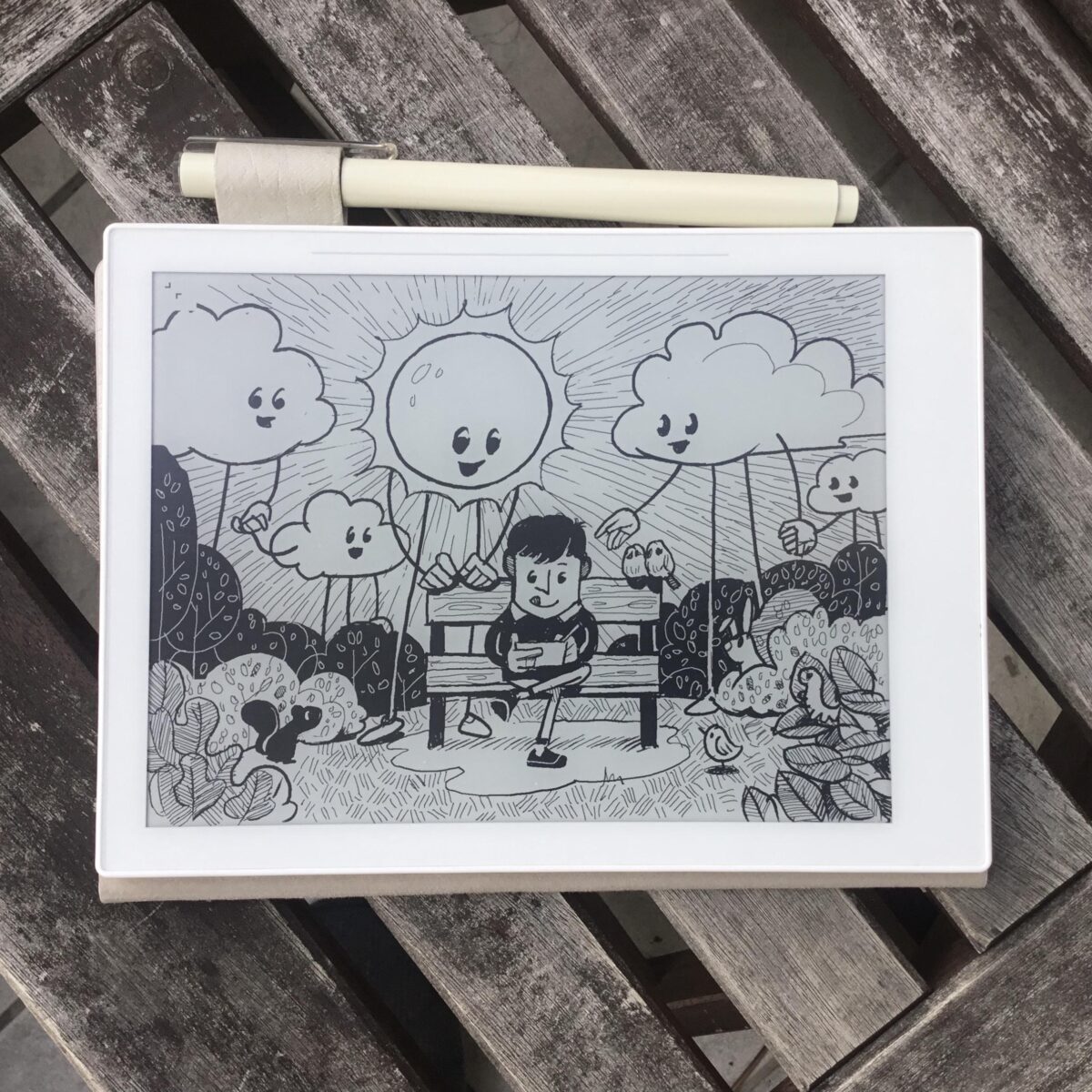 The Supernote A6X is running Google Android, but you cannot sideload in your own apps. Supernote told Good e-Reader when the product was released that if enough users requested specific apps, they would include them in a feature firmware update. It looks like the vast majority of A6X users wanted the Kindle app to read ebooks and it looks like the company listened. The new Chauvet 1.0.1 firmware now includes the Kindle app and a myriad of new features.

1. Support Proofreader’s marks in Word documents to edit the original text. (How to use)

5. Removed the limitations of inserting a new page and deleting a page on note after setting the title.

9. Removed attachment limitations in emails. Multiple attachments can now be added at the same time.