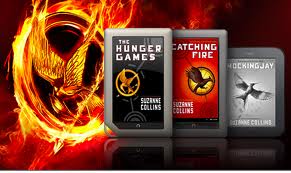 Laura Hazard Owen of paidContent.org posted an article this morning that shows a strong surge in ebook sales in what has previously been an under-represented market: teen readers. A Bowker study in 2011 demonstrated that YA readers were the lowest demographic, in fact, to adopt digital reading on devices, a fact attributed to the separation that many teens felt towards using technology for social interaction and academic assignments versus reading for enjoyment.

An infographic included in Hazard Owen’s article illustrates how the trend is shifting over last year’s numbers, as well as attributes the popularity of series like The Hunger Games and now potentially the release of the Harry Potter ebooks as tools that can help draw more teen readers into ebook use.

While the information from the American Association of Publishers would appear to prove that hardcover and paperback sales are actually on the rise over January 2011’s numbers, the article goes on to make the point that the apparently lower sales for last year have to take into account the high volume of books that were returned to the publishers for a loss due to the closing of the Border’s retail locations.

Even allowing for the effects of Border’s, across all three formats—ebooks, hardcover print, and paperback print—children’s and YA books just seemed to have had a far better year for sales in 2012. However, the real news is the startling jump in ebook sales for that category, with a more than 80% increase to bring the total to close to 25 million children’s and YA ebooks sold in January 2012.