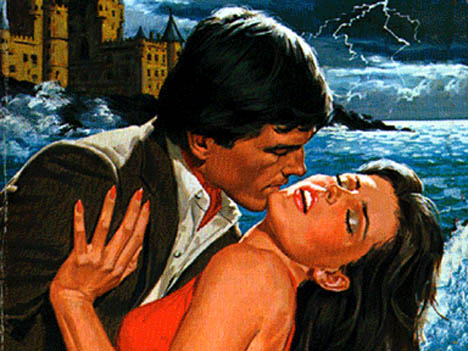 To the outsider, the publishing world might not seem like a hotbed of intrigue, manipulation, and outright lies, but recent events–okay fine, since the dawn of time and the written word–prove that’s not the case. From price fixing to review faking to author bullying to Cockygate, half the entertainment value of a book happens in the making of it, not the reading.

Social media has been engulfed in flames today following allegations–and basically confessions–that USA Today bestselling contemporary romance author Cristiane Serruya plagiarized a number of very well-known authors, including Courtney Milan, Tessa Dare, and Bella Andre. What constitutes plagiarism in a genre in which formulaic storylines and themes are the norm?

Entire passages ripped out of previously published works, then pasted into the new manuscript. It’s even led to a hashtag, #CopyPasteCris.

The controversy began when one bestselling author, Courtney Milan–who happens to have “clerked for the Supreme Court, taught intellectual property as a law professor, and doesn’t back down from a fight,” making her quite the indisputable authority on how to handle this matter–posted a book-length blog post with side-by-side comparisons of her book compared to passages from Seeruya’s title. It began with literally a few words scattered here and there… then a sentence or two… then entire paragraphs copied without change.

For Serruya’s part, she took to Twitter to non-apologize but rather shift the blame to the (wait for it) ghostwriter she hired on Fiverr.

Oh dear. Not only is there no mea culpa for stealing from another author, there’s the full-frontal confession that Surreya does not even write her own books. She has currently stated that she is taking down the books and proofs for all of the titles that were ghostwritten by that individual, but the damage has been done and the dumpster fire will not be put out any time soon.

More authors have emerged to point out that Surreya has “borrowed” from their works, too, so this scandal is far from over. It remains to be seen just how many books are involved and how far the copyright infringement really spreads.