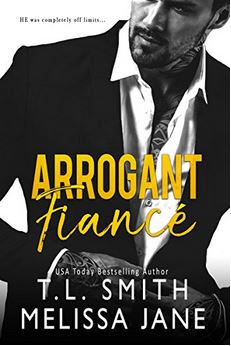 In the world of self-publishing, authors have to do whatever it takes to get their books in front of readers. For some authors, that means splitting their time between writing and promotion. For others, it means investing in social media managers and publicity packages. For other authors, though, the best way to become a household name is to pull a stunt so vile that it causes a firestorm of rage on author and reader sites.

To clarify, the issue began when an author attempted to trademark the name of her book series. Not to be confused with copyrighting, this maneuver meant that her series and its logo belong exclusively to her. On the surface, it sounds like a savvy business move to protect her content.

Instead, not only did Faleena Hopkins trademark her series and one of its main words–“Cocky”–she had her lawyer send cease and desist letters to other authors who had dared to include the word “cocky” in their book titles; a quick search of the Amazon Kindle store returned more than 700 results for the word.

Hopkins, who is quite prolific in the way she tosses about the word “cocky,” then became the target of online rage, which many readers and even authors who are unimpacted by her legal circus feel might be justified in this situation. Other details quickly emerged, namely the fact that “cocky” was not trademarked as suggested, but that it was a “wordmark,” which occurs when a company uses a specific typeface or font to create a visual brand representation (think Home Depot, Coca-Cola, or IHOP in terms of font). It was also pointed out that the author had used a purchased font to create this “wordmark,” but ignored the terms and conditions of the font designer that said their fonts cannot be restricted under a wordmark or trademark.

The case gets weirder. While Hopkins and her attorney apparently filed the trademark for her cocky book series last year, they didn’t file for the wordmark until just a few days ago. Many of the titles on Amazon with the word “cocky” in the title date back years.

As it stands, Romance Writers of America is nonplussed by the author’s attempt to own “cocky” as a title. They have requested that any member who has received correspondence from this author or her attorney contact them so proper filing with an intellectual property attorney can get underway. In the meantime, some authors who’ve received the letter have already changed their book titles (some of which have been available for years) due to fear of lawsuits.

Author Elizabeth York told GoodEReader, “The author community for both traditional and [self]published authors is a family, and we want to support each other. We want to see each other become successful. In this instance, this is not what happened. While it’s good to have your own brand, steamrolling others is not the way to gain that. The word ‘Cocky’ was taken from multiple authors, and not for any reason other than the author wanted to. Her ‘Cocker Series’ should have been what was trademarked, but instead she infringed upon our right to title our books with cocky so that no one would be in her way.

“Had it been me, I would have spoken to the community of authors and sought help and advice, but as in every tragedy we were brought together, and are look to stand up against it anyway we can.”

York, author of multiple romance titles including the Brooklyn Series and the upcoming title Unsteady, made available screenshots of conversations Hopkins had on social media with her over this issue.

In the interest of fairness, Hopkin’s own explanation for her move is available here. She cites that her intent was to protect her wordmarked series image after readers complained about buying the wrong book due to confusion over fonts. As a result of the wordmark filing and the letters issued to remove the word cocky from their titles, some authors have already changed their titles in order to avoid losing their reviews and their sales when they are compelled to remove their books altogether for infringement. Hopkins stated that the legal action began when an author published a book with the exact same title as one of her previous books, Cocky Cowboy.

For what it’s worth, there are dozens of books whose titles begin with “Fifty Shades of…” including Fifty Shades of Bacon and Fifty Shades of Kale, and there has yet to be significant outcry that readers accidentally purchased those book expecting bondage.