You are here: Home / Indie Author News / The Paradox of the Publishing Industry 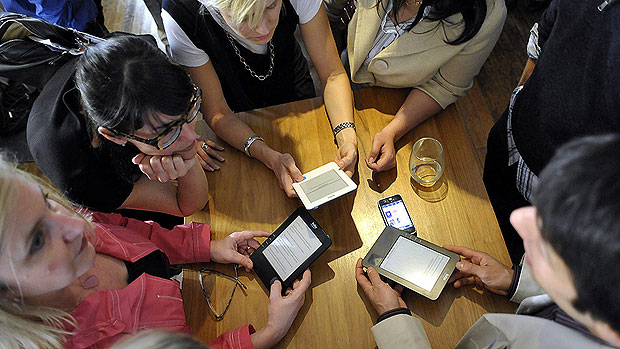 We can’t have it both ways, yet that’s how some industry experts want to spin it. First, the statistical news: the overall sales figures recorded a 7% decrease in sales across all books, while ebook sales for traditional publishers were down 22% year-over-year in an AAP Statshot for its most recent numbers, April 2016. There were some modest numbers in specific formats or categories, and some severely shocking declines in others, such as:

“Educational Materials were down 13.0% for PreK-12 Instructional Materials and 81.6% for Higher Education Course Materials, in April 2016 vs. April 2015. Year-to-date the numbers are more representative, with a decline of 3.6% for PreK-12 and growth of 3.7% in Higher Ed. Professional Publishing was down 9.0% in April 2016 vs April 2015. These categories include business, medical, law, scientific and technical books. University presses were down 8.7%. Both categories show declines year-to-date as well.”

So, there it is in print. Some categories are going up, others are dropping like hot rocks, for a total combination of lower quarterly sales overall.

On the indie side of things, October’s Author Earnings report had some startling news, news that even seemed to blindside the gatherers of the data: for the first time since AE started tracking indie book sales more than two years ago, the indie author market share had declined.

And it took no time at all for the vultures to start circling overhead, claiming that the long-predicted “flash in the pan” aspect to self-publishing had finally proven itself true.

So to recap: traditional publishers’ book sales fell, indie authors’ book sales fell, but self-publishing is “officially” dead? Is there a correlation in there somewhere, or is there just such a desperate need to be right that publishing industry folks will grasp at any sign of hope that they still control the concept of a book?

But now for the voice of sanity. The Passive Voice shared a lengthy post from Digital Book World’s Mike Shatzkin, and as usual, the most well-thought out discourse is in the comments’ section. Authors from a variety of backgrounds and publishing avenues weighed in, as did more than a few trolls. But between the lines, the truth comes out: there is more than enough readership to go around, and indie authors have made irreversible change in the industry. No matter where book sales go from here and for whom, there’s little doubt that the digital revolution is not over.