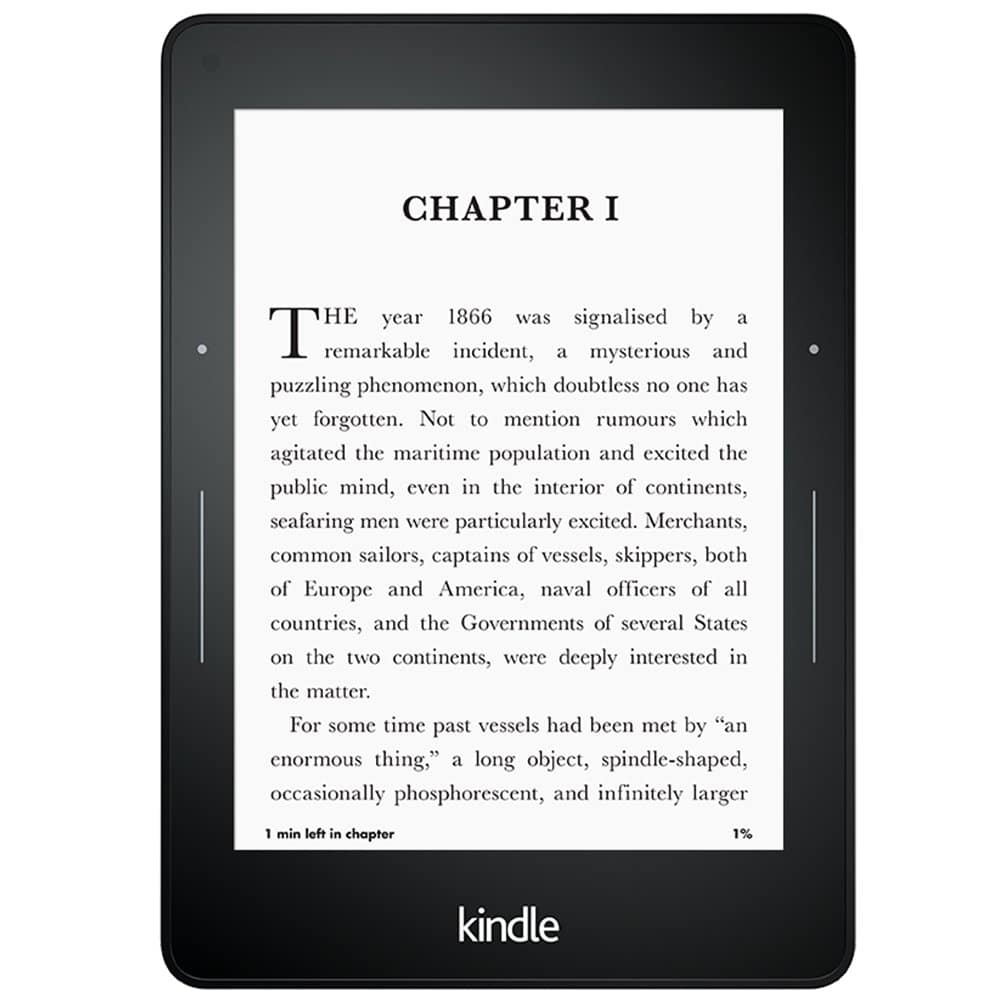 Amazon is going to be selling new models of the Kindle Voyage e-reader once again. The WIFI only model is available for preorder in Germany and the United Kingdom, it is expected to start shipping out on February 4th, 2020. Other markets will start to see the Kindle Voyage listings sometime in the next few days.

The Kindle Voyage came out in 2014 and it features a six inch e-ink Carta display with a resolution of 1430 x 1080. It was the first e-reader that had a 300 PPI display, which was the highest we have ever seen, when we conducted our review. Underneath the hood of the Voyage is a 1 GHZ single core processor, 512 MB of RAM and 4GB of internal storage. Battery life should last around a month, and if you don’t use it much, standby should easily last you six months.

One of the big hyping factors at the time were the capacitive touchscreen manual page turn buttons and an ambient light sensor to automatically brighten or dim the front-lit display.

I think it is likely Amazon found some old stock and it is easier to sell it directly on their website, than it is to sell on the Woot website, which Amazon also owns, but it is only available for US customers.