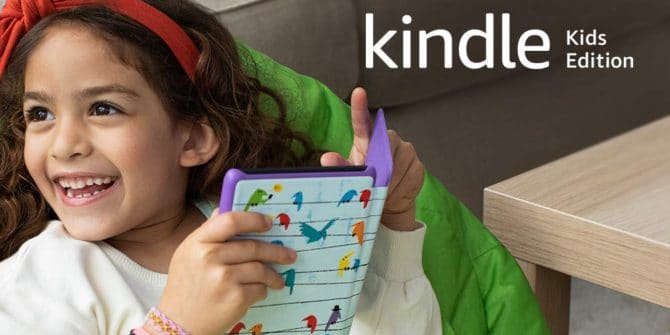 The Kindle Kids Edition is a new e-reader that just came out and is basically a rebranded 10th generation Kindle with an adjustable front-light. This device has lots of functionality for your children such as a free year long subscription to Amazon’s FreeTime Unlimited service and gives you password-protected access to a selection of more than 2,500 age-appropriate ebooks. One of the problems of this device, is that you cannot manually install firmware updates, if one becomes available. Instead,  you can only do automatic updates from the Amazon servers.

If you have another Kindle in your household, Amazon says they are going to do something special very soon. The company stated that they will release a software update in January. It will allow you to convert current and selected previous-generation Kindle e-readers to a kid-friendly reader with the FreeTime interface. In other words, you can make your own kid Kindle.