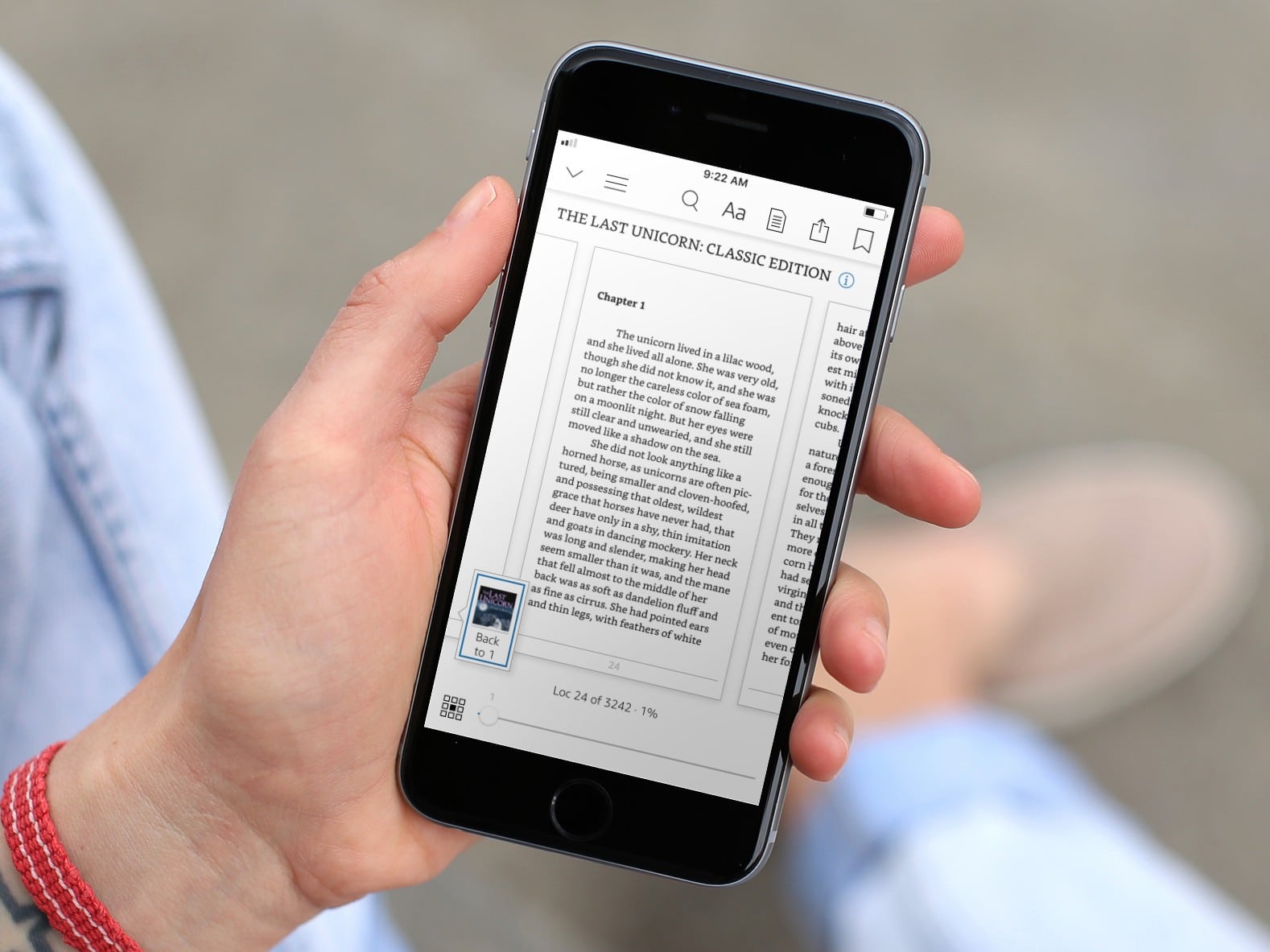 The Amazon Kindle app for iOS can now save your preferred font and layout settings into custom themes. Located in Aa menu, themes allow you to toggle between favorite reading configurations with a single tap. This system is ideal for people who share the same login and password between multiple people in a household. The settings in the iOS app are automatically synced to the Kindle line of e-readers, since they have had this feature for awhile.

Kindle for iOS is considered the flagship app. It tends to receive new features and enhancements first and it eventually comes to Android sometime in the future. Sometimes this could be a matter of days, but is normally 4-6 weeks.