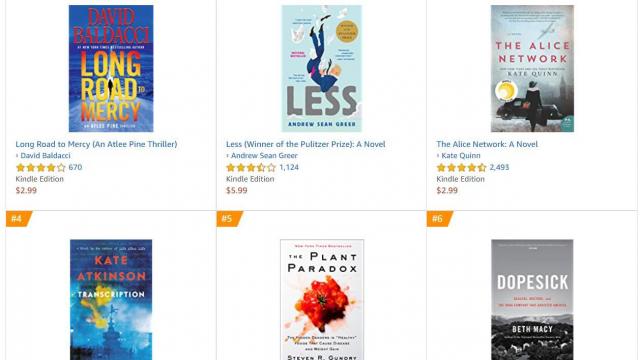 Amazon is running massive Kindle ebook campaign that expires later tonight. You there 98 New York Times Best Sellers that are 80% off and the average title is around $2.99. This includes the new autobiography of Michelle Obama and other popular authors such as David Baldacci, J.K. Rowling, A.J. Finn and others. You have until tonight at 11:59 PM to buy them and then the prices will increase again.

If you missed out on these days, fear not. Amazon Digital Day  is going to start on December 28 and you can save up to 75% off Kindle best-selling books, including titles such as Manhattan Beach, In the Midst of Winter, My Squirrel Days, Summer I Turned Pretty, Indianapolis, and Great At Work. If graphic novels are your thing, there will be a massive 80% off best-selling Marvel graphic novels like Jessica Jones: Blind Spot, Runaways Vol. 1: Pride and Joy, You Are Deadpool, and X-Men: Days of Future Past. Magazines will also be slashed by 60% for such publications as Vanity Fair, People, Entertainment Weekly, Martha Stewart Living, Better Homes and Gardens, Bon Appétit, Wired, Shape, and Men’s Journal.