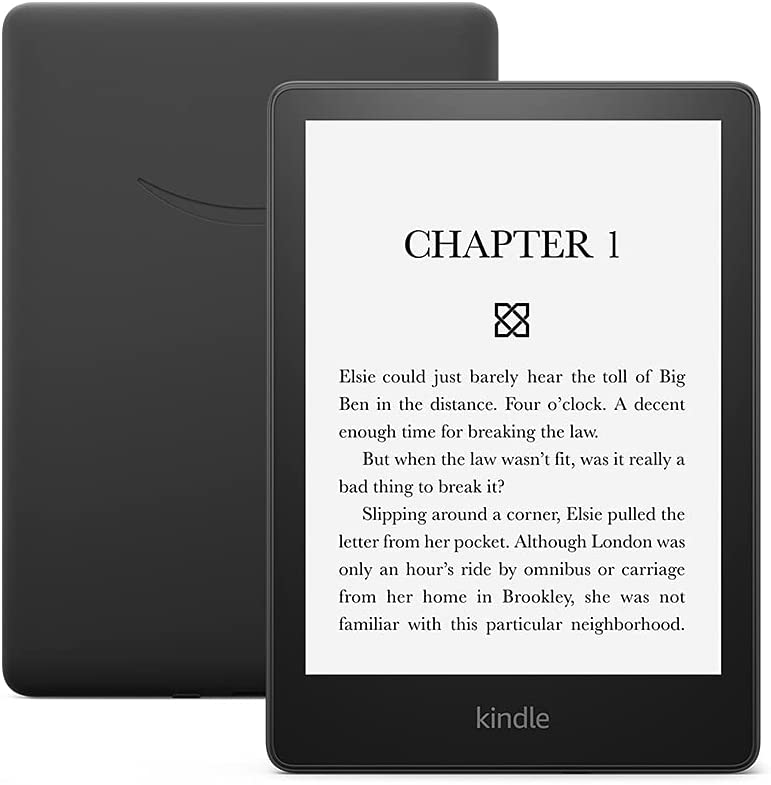 Amazon is having a hardware event at the end of September, where they were expected to officially announce the Kindle Paperwhite 5. Good e-Reader broke the news story on the weekend, due to a number of leaked specs on the Canadian website and all of the top tech blogs reported on it. Amazon could not sit idly by, so they announced the Kindle Paperwhite 5 today, and it will be shipping out on October 27th.

The Paperwhite 5 will feature an E INK Carta HD touchscreen display with a resolution of 1430 x 1080 and 300 PPI. The Kindle Paperwhite 4, had an excellent lighting system, with 5 LED lights, but the Paperwhite 5 will have 17 white and amber LED lights, giving users the ability to get a candlelight effect. The screen is flush with the bezel, protected by a layer of glass.

Underneath the hood is a NXP/Freescale 1GHZ processor, 1GB of RAM and 8GB of internal storage. You will be able to connect it up to your MAC or PC via USB-C. It has WIFI only and there is no cellular option. It has Bluetooth, which can be used to plugin a pair of wireless headphones or an external speaker to listen to Audible audiobooks. The dimensions are 124.6 x 174.2 x 8.1 mm and weighs 205g.