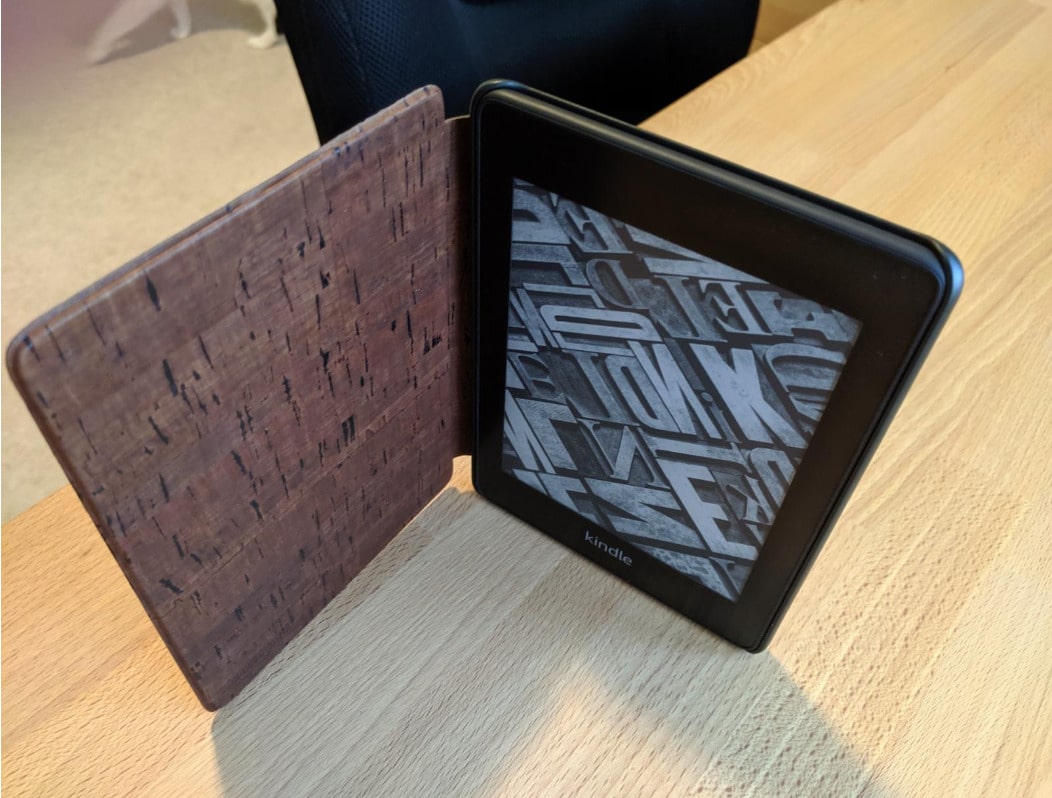 Amazon has just released a new cover made of Cork

Amazon initially unveiled the vegan leather cork cases for Earth Day 2019, but has made them more widely available. They are made from recycled material – 23-27% of the cover’s base is made from post-consumer recycled content. It also has a magnetic clip, which keeps the e-reader firmly in place when the case is closed. It also automatically puts the Kindle to sleep when closed and wakes it up when opened.

You would figure that a case made of cork would weigh less, it weighs 5.6 ounces. Whereas the fabric cover weighs 4 ounces and the leather cover is also 4 ounces.