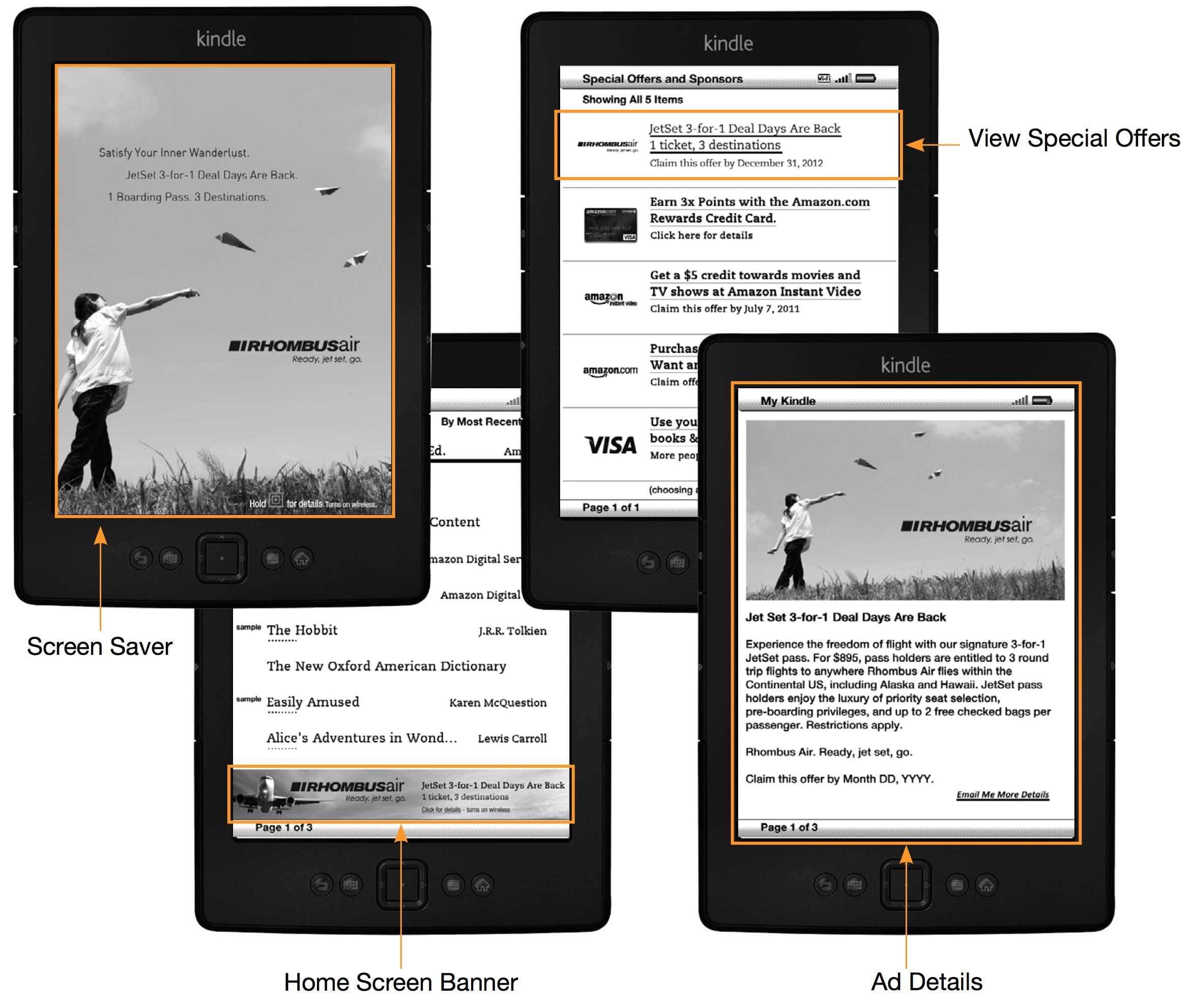 Amazon Special Offers is a system where the price of the entire Kindle lineup is subsidized and adverts are displayed on your homescreen and lockscreen. Advertisements are never anywhere else, such as reading an ebook. The Special Offers program is only applicable to the base models and not the cellular versions. Generally you save around $20 when buying a new Kindle and for people on a budget or casual readers, this can make a big difference.

The advertisements are served from the Amazon Advertising platform and they have a dedicated landing page for the Kindle. The company outlines all of the different image assets that can be used, such as banners, lockscreens and text based ads. They also break down the costs associated with it. When Amazon first launched the program that approached advertisers directly, so it would be populated with well known brands, such as Loreal.

Kindles with Special Offers launched in the US in 2011 and eventually expanded into other markets, such as the United Kingdom. Canada is one of the lone exceptions, Kindles with adverts are not sold here. Amazon initially launched this program to offer discounts on base models, in exchange for adverts being served. They recently issued a new firmware update that increases the homepage surface area by 4x, effectively increasing the number of adverts.

What happens if you buy a Kindle with Special Offers and want to remove the ads? Simply go to the Manage Your Content and Devices page at Amazon, then select the Devices tab, then locate your Kindle model from the list and hit the Action button, and from there you can click the Edit link under the Special Offers section to unsubscribe by paying $20. If you are a Prime member, you can call Amazon’s customer service and ask them to remove it for free, citing money problems and they will normally do it for free.

Do you like the Special Offers program? Have you ever purchased one and liked it? Totally against advertising on an e-reader? Amazon seems bullish about increasing the number of ads, so the program is working.