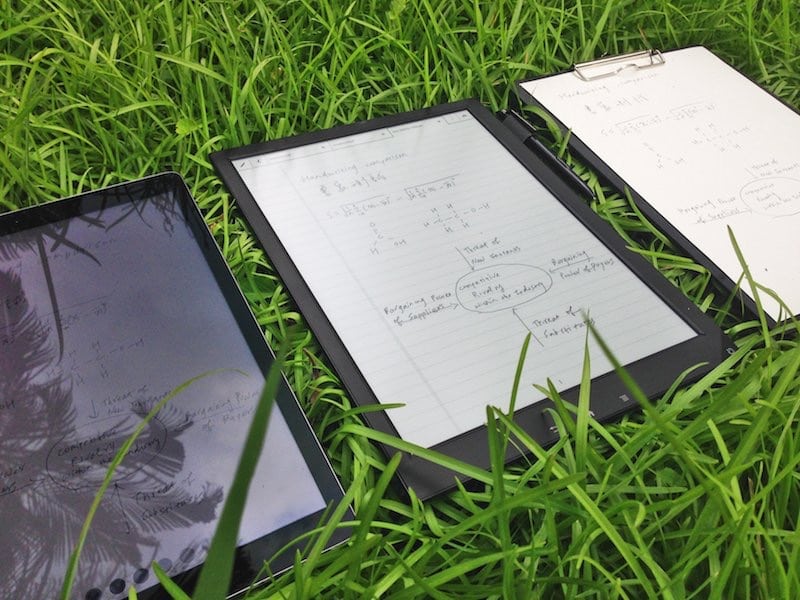 The Amazon Kindle is the world’s most popular e-reader and in all of their marketing material it says the display is easy on the eyes, allowing you to read for hours at a time. Amazon also mentions that reading in the dark on a Kindle is better than a smartphone or tablet. Is there any truth to this?

The Amazon Kindle line of e-readers employ e-paper displays, made by E-Ink. This e-paper display is filled with really tiny ink capsules, which have electric charges. Some of the ink in each capsule is white, some are black. Using electrical fields, the display rearranges the ink to show different things on the screen. (When you turn the page on a Kindle, the resulting flash is just the ink rearranging itself.) That rearranging takes a very small amount of power, but when it’s done, it shuts off. Keeping an image on the screen doesn’t require any power at all.

E Ink displays are referred to as “reflective displays.” In an LCD, or “emissive display”, light from a backlight is projected through the display towards your eyes. In an E Ink display, no backlight is used; rather, ambient light from the environment is reflected from the surface of the display back to your eyes. As with any reflective surface, the more ambient light, the brighter the display looks. This attribute mimics traditional ink and paper, and users of E Ink displays have said that they do not have the same eye fatigue as with LCDs when reading for long periods of time.

The vast majority of e-readers these days have a front-lit display that allows you to easily read books in the dark, without the eyestrain. This is not a marketing gimmick, but the technology really does work.  Broadly speaking front-light works by using a light guide layer that is located underneath the anti-glare layer. The LEDs (light emitting diodes) are placed at one of the edges and light is then guided out on the light guide layer and down from the top into the e-paper display with the use of a light diffuser. The light diffusers purpose is to distribute light evenly on the screen which is done by having tiny holes in the layer. Closest to the LED source the holes are farther away and further away from the light source the tiny holes are more concentrated. This is necessary because the LEDs are placed at one edge only and project light evenly access the screen.

There have been a few studies that are worth taking a look at, that talk about the benefits of e-paper vs the traditional LCD experience.  The first one actually looks at an Ipad vs paper. Unsurprisingly they showed significant effects on a variety of sleep and wakefulness parameters. The next study isn’t perfect either, but it shows that the wavelengths emitted and intensity of light between an Ipad, Iphone, and Paperwhite were all very similar, but the core technology is very different.