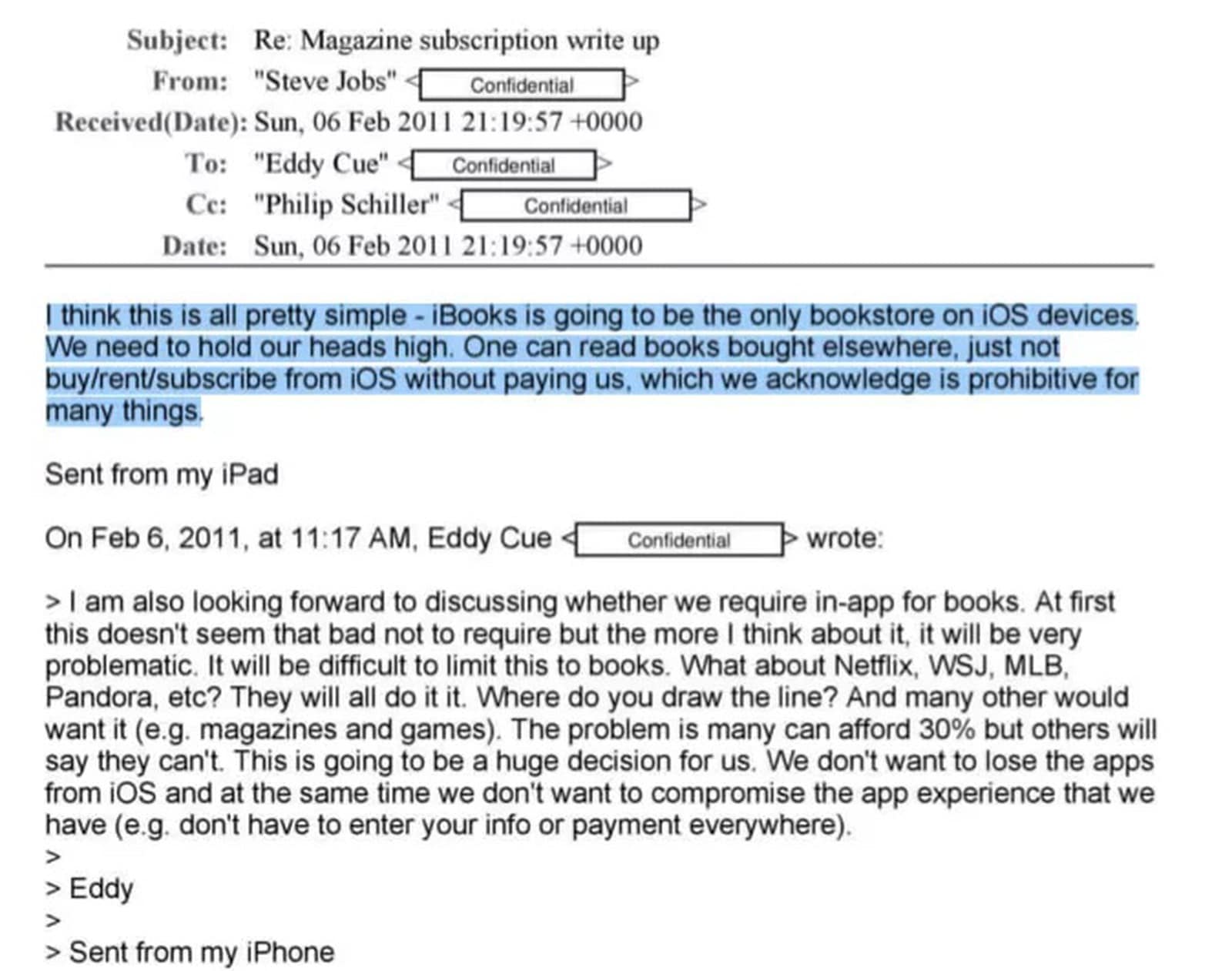 Steve Jobs made it his mission to sabotage Amazon to prevent them from selling ebooks within their app.  According to new emails between between Steve Jobs, Phil Schiller, Eddy Cue, and various other senior Apple executives, disclose the exact thinking behind how Apple approached Kindle on iOS. The current precedent was outlined by Steve Jobs, who stated that “I think this is all pretty simple — iBooks is going to be the only bookstore on iOS devices. We need to hold our heads high. One can read books bought elsewhere, just not buy/rent/subscribe from iOS without paying us, which we acknowledge is prohibitive for many things.”

In one email from November 2010, marketing chief Phil Schiller wrote to Jobs, internet services lead Eddy Cue, and product marketing head Greg Joswiak about how Amazon was marketing the Kindle mobile app at the time as a way to easily read Kindle books across both an iPhone and an Android device. Jobs said, “[i]t’s time for Amazon to decide to use our payment mechanism or bow out [of the App Store],” and followed that with  and I think it’s time to begin applying this uniformly except for existing subscriptions (but applying it for new ones).”

Amazon later removed the ability to purchase ebooks in the app and also a link to the Amazon store to comply with the new App Store subscription rules. From then onwards, the Kindle app’s storefront feature was removed entirely, with no overt direction as to where to buy books.