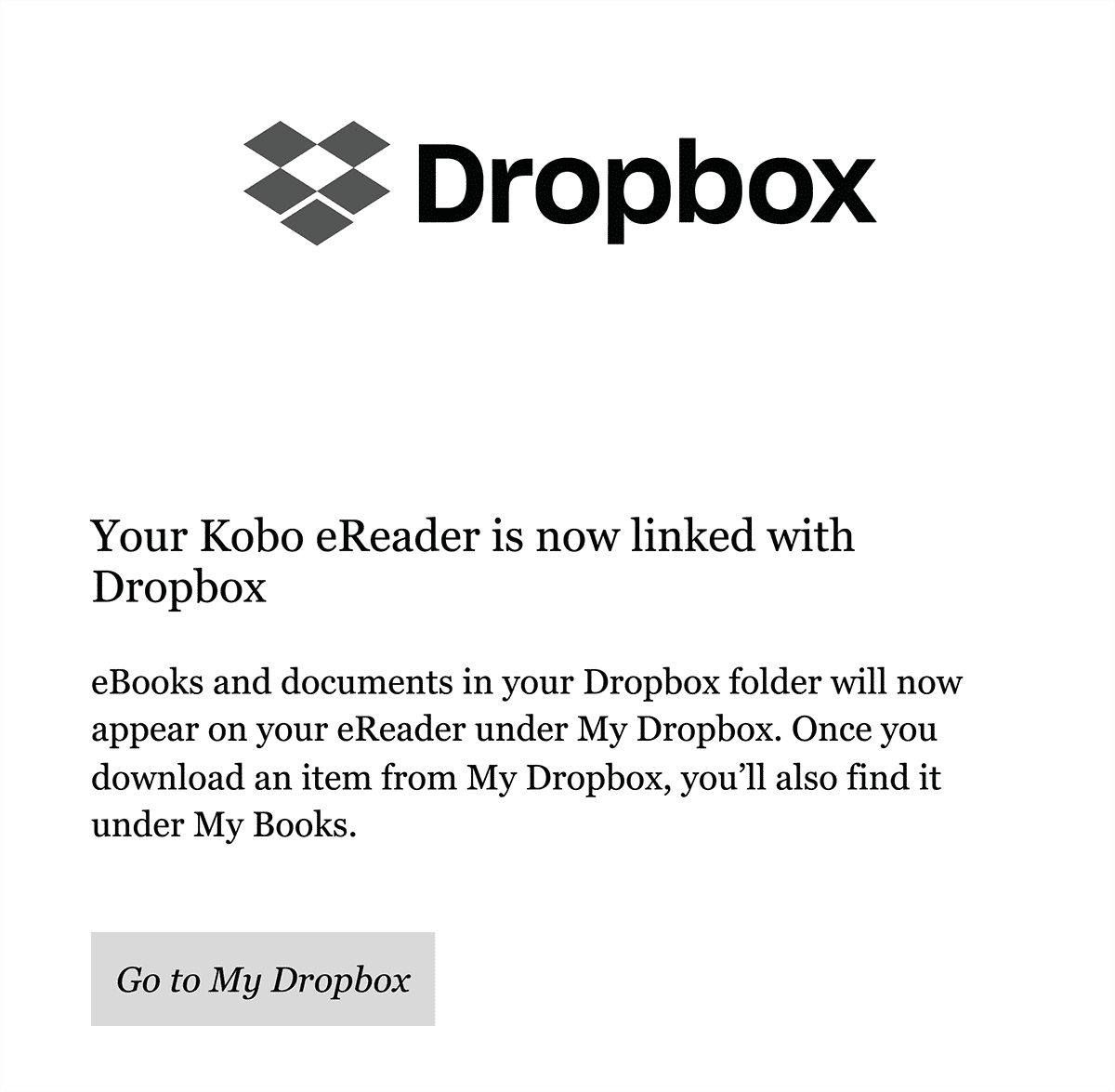 The Kobo Forma is the only e-reader in their lineup that has native support for Dropbox. You can access your cloud storage account and download ebooks, comics or PDF files directly to the Forma – it supports both DRM and non-DRM content.  This system went live late last year, although Kobo really doesn’t promote it. Does Dropbox provide enough of a reason to buy a Forma?

Ramesh Mantha, is the VP of Product, Devices at Rakuten Kobo and recently stated on the Kobo Blog that “Like many of the product decisions we make, the choice to support Dropbox on Kobo Forma was led by customer insights. Research tells us that voracious readers, who want the best reading experience possible, choose Forma; and those same readers place high value on accessing a variety of formats, from a variety of sources. An open approach to content—whether it’s ePUBs, PDFs, .docx files and more—is a key component of an elevated reading experience.”

He also confirmed Good e-Readers own findings “Dropbox allows for a maximum of three devices connected to a single account; since Kobo Forma is not considered one of those three devices, connecting your e-reader won’t disrupt any current account configurations Dropbox users might have.”

The Kobo Forma came out in 2018 and is not really getting long in the tooth, it continues to be one of the most successful e-readers of all time. This is primarily due to a bunch of extenuating factors. It employs a  giant 8 inch touchscreen, the largest Kobo has ever produced. It also has the most white and amber LED lights for the front-lit display and color temperature system. It also has Dropbox, which is not available on any other Kobo e-reader.  Other enhancements are Pocket, for blog/news articles to sync to your library, Overdrive for easy ebook borrowing/reading from your local public library and lots more.

Do you see Dropbox as enough of a selling point on its own, to spend the extra money and buy the Forma, over the cheaper options in the modern Kobo portfolio, such as the Clara HD or Kobo Libra? I believe it is enough of a reason, the Forma is probably the best e-reader that Rakuten has ever made.