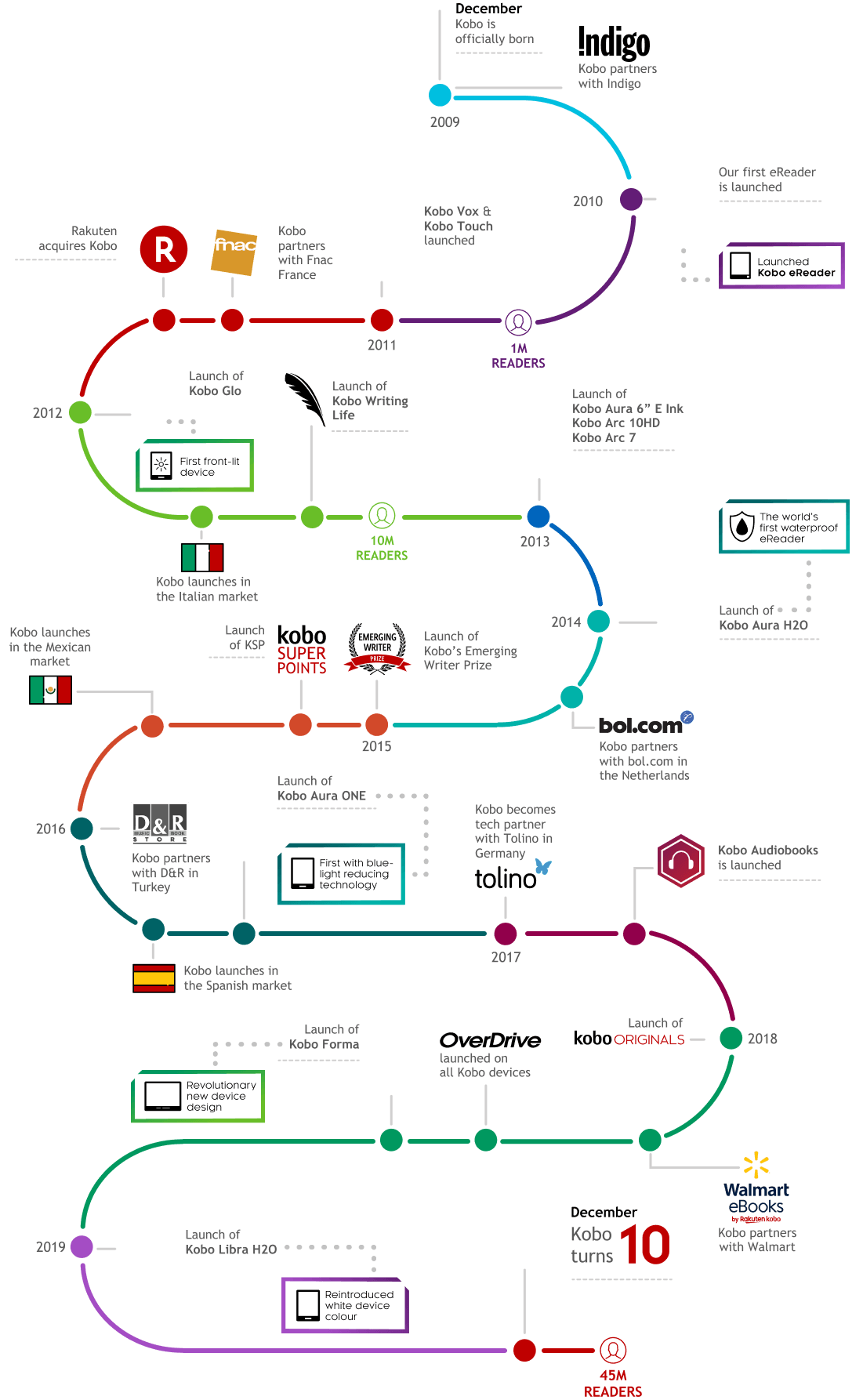 Kobo is celebrating their 10 year anniversary of selling ebooks and e-readers. The company has just released an interactive timeline that chronicles all of their milestones. If you want to learn about Kobo as a company, Good e-Reader published a very comprehensive analysis in 2018.

Amazon is the global number one player when it comes to selling hardware and digital content, but Kobo can be considered their closest competition. They are in 40 different countries and have 48 million users. The one advantage Kobo has is selling devices where their prospective clients are, bookstores. This was their MO until they signed a partnership with Walmart, although this deal has been lacklustre. There are less than 1,000 locations in the US that sell the e-readers, and often many of the demo units are still not available yet or are in a state of disrepair. You can still buy gift cards to buy ebooks and audiobooks though at 3,000 locations.

Kobo e-readers are very solid when it comes value. They often have three tiers, a cheap one, midrange and a premium one. The current Forma is a very nice piece of technology and it features a large screen and has Pocket and Overdrive functionality to borrow ebooks from the public library.