You are here: Home / Kobo e-reader news / Kobo Clara HD and Kobo Aura 2 on sale in the US 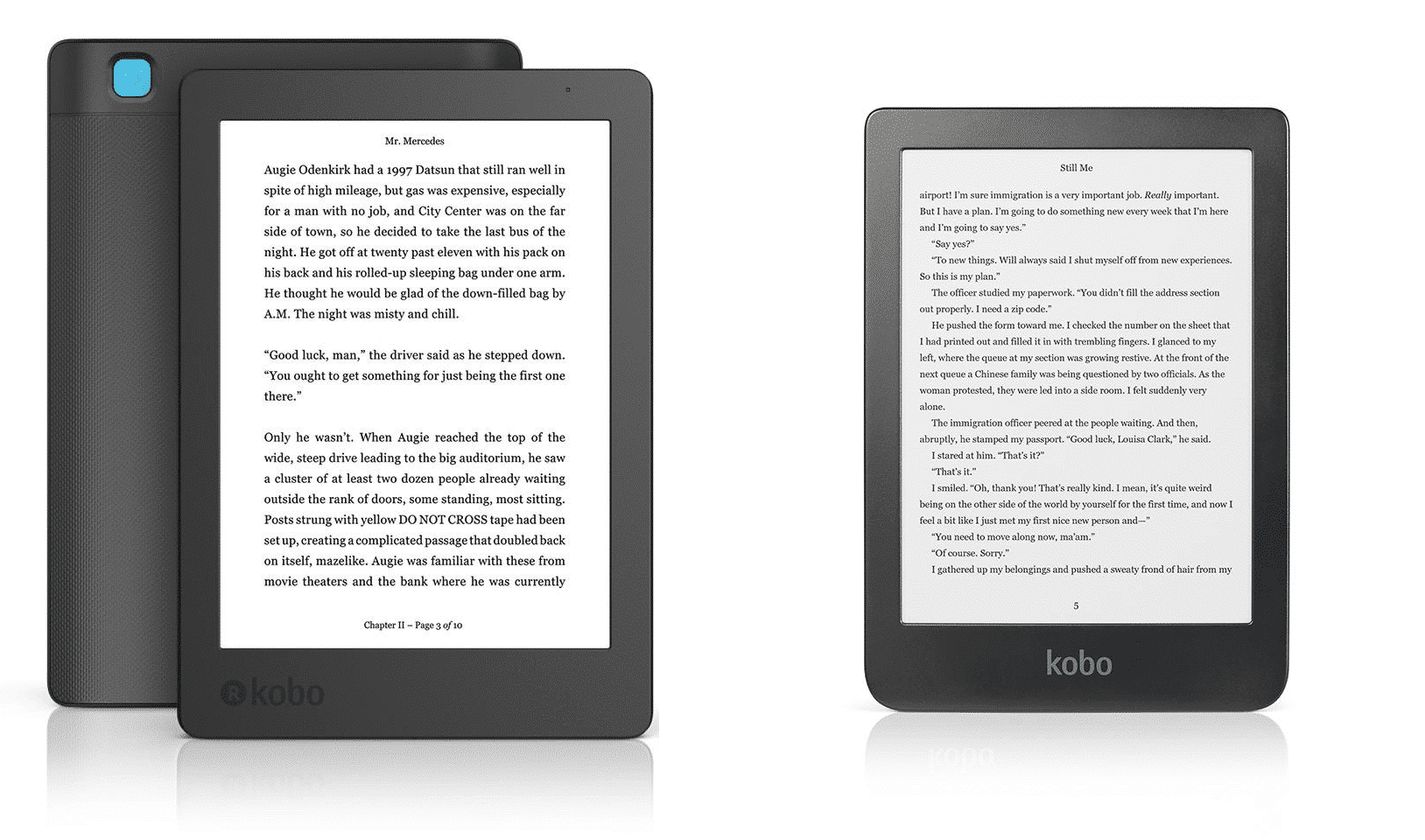 The Kobo Clara HD and Aura 2 are on sale in the United States. You can purchase the Clara HD on the Kobo website and Walmart for $99 and the Aura 2 is available for $79 on both of those sites. This is the first time that these models have been discounted since before Christmas 2018.

The Clara HD features an E-Ink Carta HD display with a 300 PPI display. The screen is not flush with the bezel, but there is a small dip. There is a USB port and power button on the bottom and the rest of the sides have nothing on them. The back of the Clara has a neat perforated design that makes it easy to hold and a high degree of grip.

Underneath the hood is a 1GHZ Freescale Solo Lite processor, 512MB of RAM and 8GB of internal storage. Kobo has suspended expandable storage a few years and there is no Micro SD on the Clara HD. In order to conserve memory you have a number of options in the settings menu to automatically delete books from the device when you are finished reading them and you can do the same thing with Pocket articles. Speaking of Pocket the Kobo experimental browser also has Pocket integration, so you can save Pocket articles directly on the e-reader, instead of exclusively relying on the plugins for Chrome or Firefox.

The Kobo Aura 2 is getting a bit long in the tooth and was originally released in 2016. This e-reader has a six inch E-Ink Carta display with a resolution of 1024 X 768 and 212 PPI. These specs make it a very basic e-reader by 2016 standards and there are plenty of similarly priced alternatives on the market, such as the Kindle Paperwhite that has a resolution of 1430×1080 and 300 PPI.

Underneath the hood is a 1GHz Freescale i.MX507 processor, and either 128 MB of RAM or 512 MB of RAM. There is 4GB of internal memory and with no option to enhance it via an SD card for your average user. There is a hidden SD card on the circuit board, but it powers the operating system. There is no easy way to insert a higher capacity card unless you know how to use clone imaging software.

If you are going to buy a new Kobo e-reader, go with the Kobo Clara HD, it is newer and better. Kobo is also working on a new e-reader, which will be available soon.