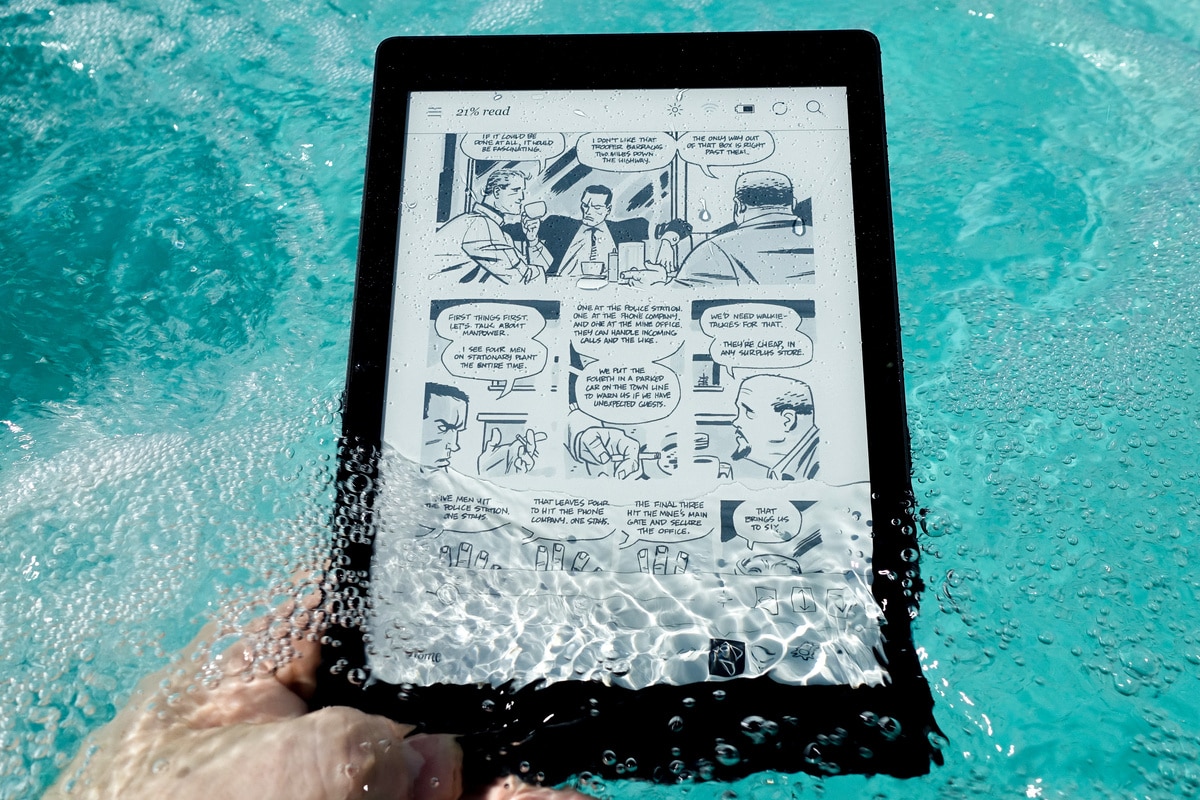 Kobo discontinued the Kobo Aura One, around one year ago. This was their first large screen e-reader that featured a 7.8 inch screen. The company must have found a stockpile somewhere because it is now being sold again exclusively on their website. There are no discounts being offered and it is retailing for $249 Canadian or $229 USD. What is interesting is that on the US site, the Kobo Aura One Limited Edition, with more internal storage is no longer listed.

The Kobo Aura One came in 2016 and features a 7.8 E INK Carta HD display, with a resolution is 1872 by 1404, which works out to a crisp 300 pixels per inch. The screen is completely flush with the bezel, which gives you a wider area to turn pages in e-books or pinch and zoom PDF files.

The front-lit display system was the best one Kobo had ever produced at the time. There are a bunch of small LED lights that project light upwards, proving even distribution. There is no cloudy areas when you turn the lighting system down to 50% and the only product that does it slightly better is the Amazon Kindle Oasis. Unlike every other e-reader on the market, Kobo is using RGB lights, instead of white bulbs. There are 17 LED lights total – 9 white LEDs and 8 more Amber LEDs, for the night reading mode.

Underneath the hood is a Freescale 1GHz processor and 512 MB of RAM, the same as you get with most new Kindles. There is 8GB of internal storage and there is no publicly available SD card and it is rated IPX8 for waterproofing, so it can be immersed in up to two 6.5 feet of water for up to one hour. That makes it a good companion for the beach or pool.

At the current price on the Kobo website, the Aura One is basically $20 cheaper than the flagship Kobo Forma e-reader. The Aura One might appeal to people who do not like the asymmetrical design of the Kobo Libra or the Forma.