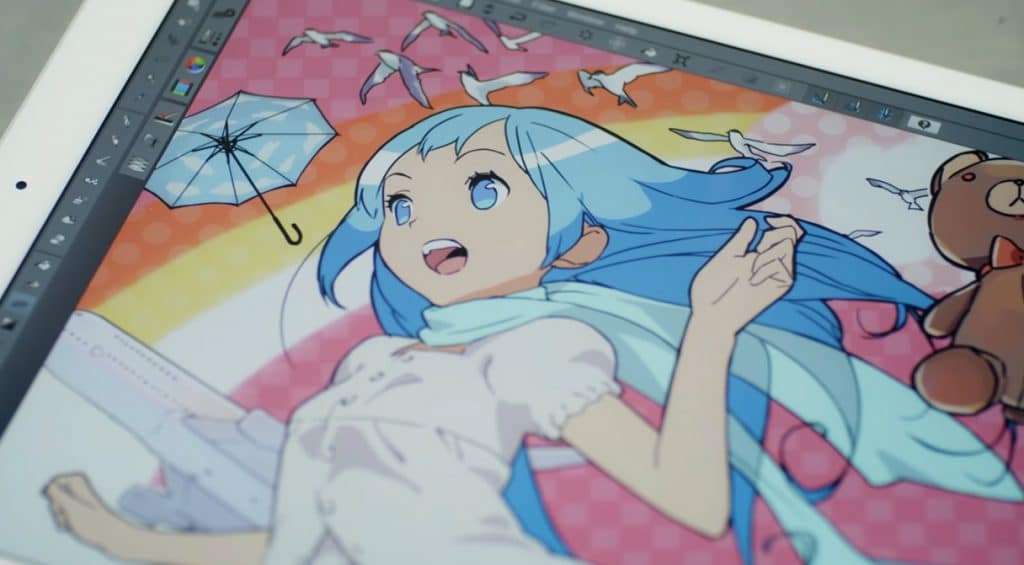 Clip Studio Paint is one of the most popular manga app for the PC and MAC. Over three million people currently use it and today the company has unveiled a native app for the iPad and compatibility with the Apple Pencil.

The initial software was released in 2011 and was designed to compete against Adobe Photoshop. Manga artists have been using it for years for their professional work and indies have been employing it for their webcomic serials. Some of the features people have been raving about is the watercolor brushes and two finger tap to undo.

People who download the app until December 20 will be able to use it free for six months. The regular monthly fee will be 980 yen or US$8.99. The app is available in Japanese, English, Spanish, German, French, traditional Chinese, and Korean.