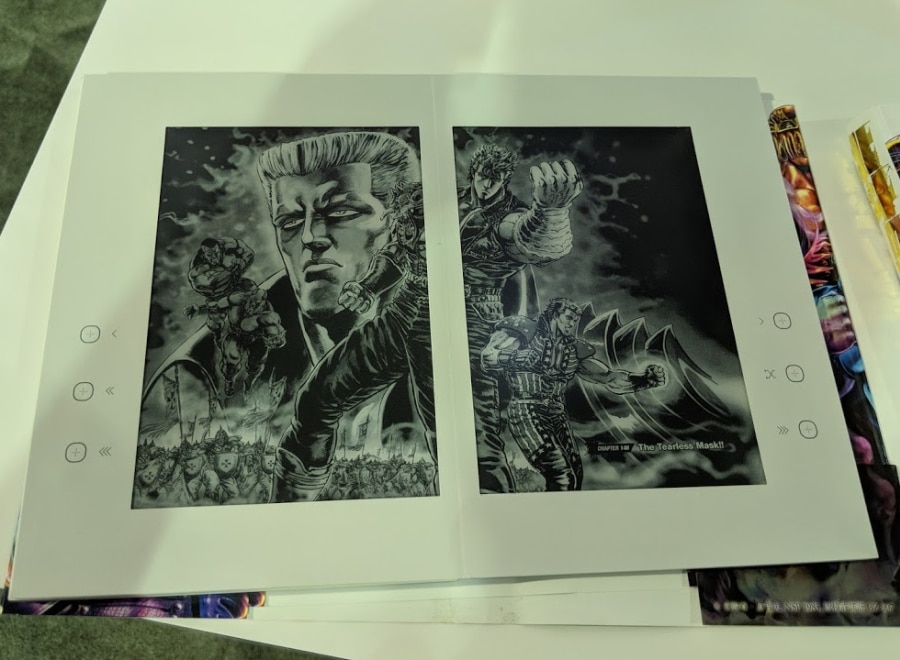 The eOneBook is a dual screen 7.8 inch e-reader that opens and closes like a real book. It runs on a bunch of AAA batteries, since it does not have an internal battery. It is expected to ship in Japan and the United States in April 2018 and cost $300. The real downside of the eOneNote is that the content is preloaded and users cannot sideload in their own manga or ebooks.

The eOneBook ships with 18 volumes of Fist of the North Star loaded on it. Not only does it save quite a bit of shelf space, it’s also one of the cheapest ways to get all the volumes. Considering that single paperback volumes of the manga routinely sell for $50 each, the eOneBook may not be too bad of a deal. You’re essentially getting the manga at one-third the price you’d have to pay for the individual volumes.

Progress Technologies is also hoping to work with other publishers and bring more content-specific devices to market. No word yet on a possible release date, but if you like Fist of the North Star, you may want to keep your eye on this one.