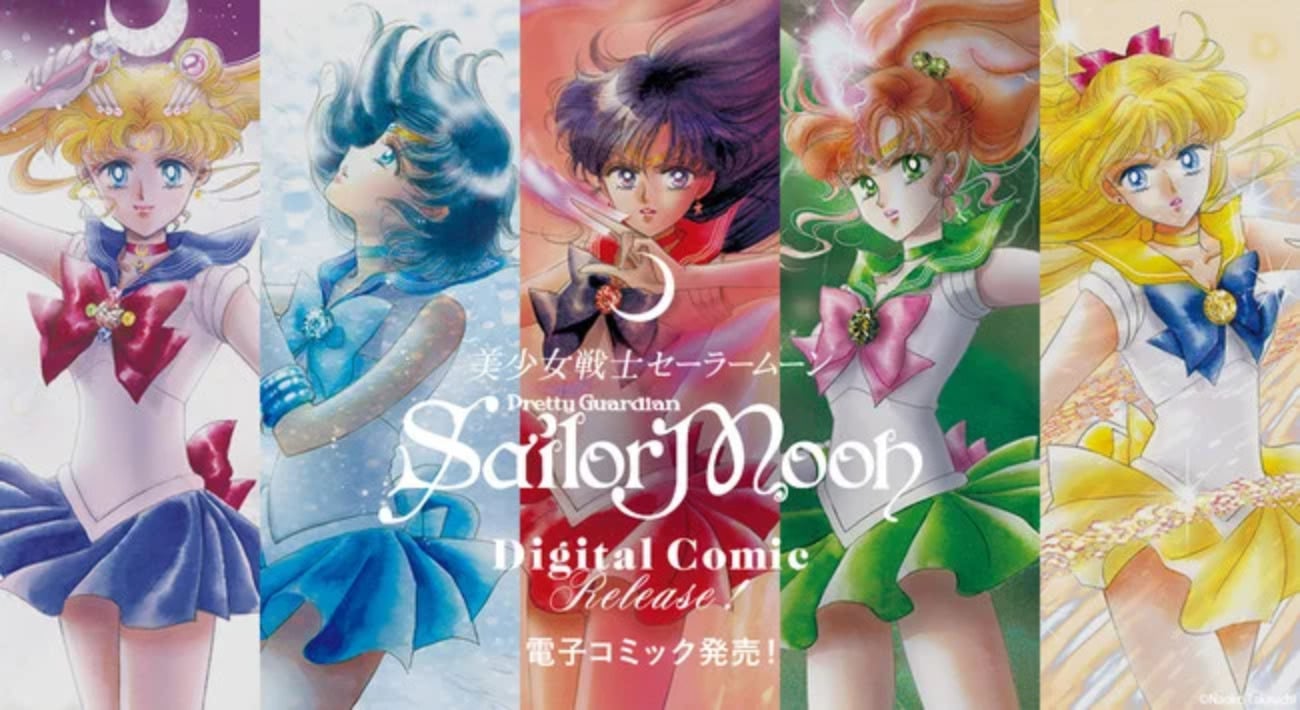 Sailor Moon digital manga is now available in English from Kodansha Comics and distributed by Comixology. Each volume reads at roughly 300 pages and future digital volumes of Sailor Moon Eternal Edition will release alongside the print version.

In 2020 Sailor Moon will enjoy a banner year. Not only is there a new manga, but a new season of Sailor Moon Crystal and there will be two movies coming out, under the name Sailor Moon Eternal.

Sailor Moon was originally created by Naoko Takeuchi for Nakayoshi magazine in 1991. More than 20 years later, Sailor Moon stands as one of the most influential shojo series ever created; popularizing the magical girl sub-genre with fans all over the world. The series can currently be found streaming on Hulu, and they describe Sailor Moon as such, “Usagi Tsukino is a clumsy but kind hearted teenage girl who transforms into the powerful guardian of love and justice, Sailor Moon. Meeting allies along the way who share similar fates, Usagi and her team of planetary Sailor Guardians fight to protect the universe from forces of evil and total annihilation.”