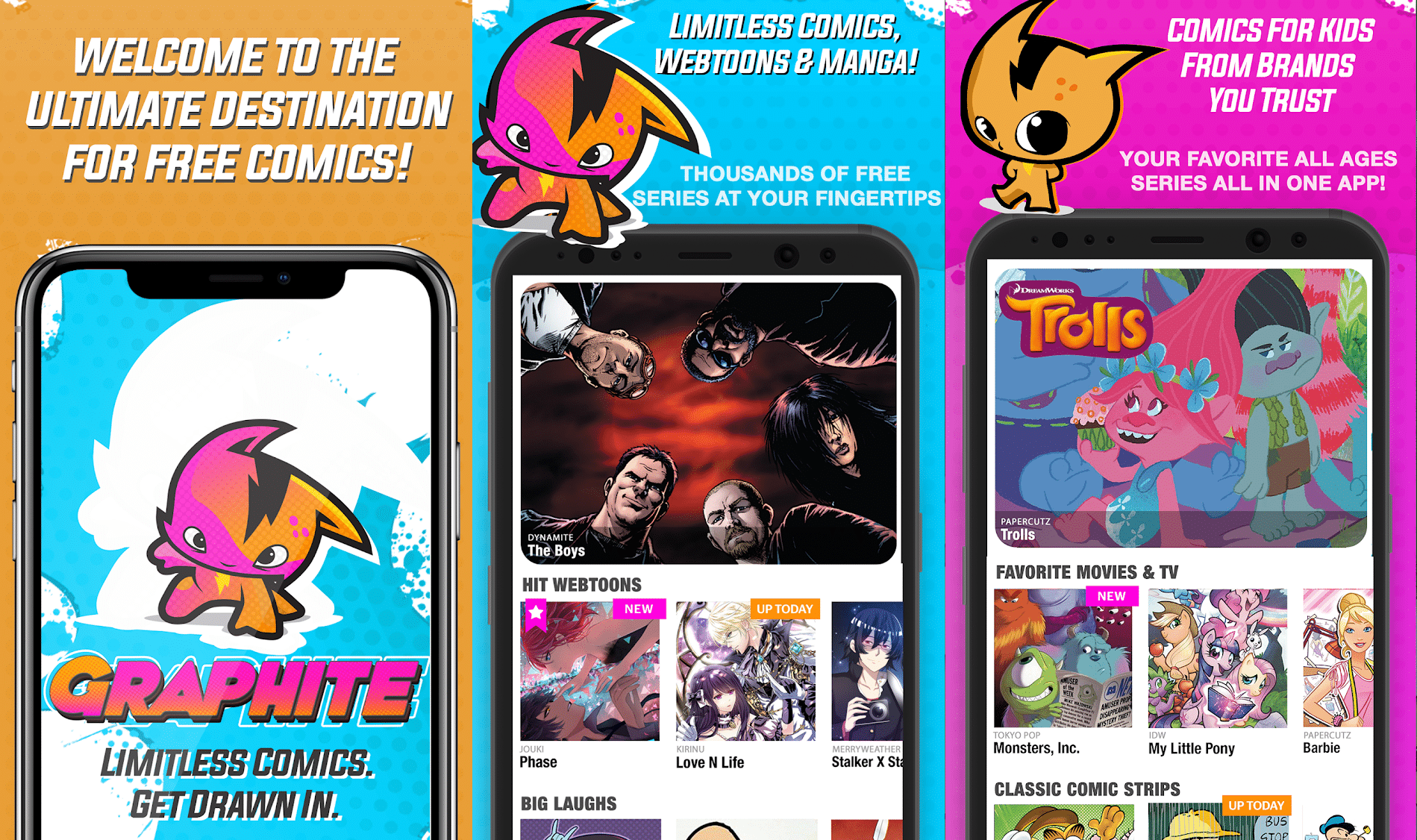 Graphite Comics launched a new service called Graphite for Android and iOS. It allows you to read an unlimited number of comics for $4.99 per month and there also is a freemium model that displays random adverts.

There are a number of publishers that have agreed to distribute digital content on the platform; Boom Studios, IDW Entertainment, Legendary, Tokyo Pop, Aspen, Dynamite Entertainment, Papercutz, Top Cow and Markosia.

“We are thrilled to reveal Graphite, the future of digital comics, to the world today,” Graphite content chief Tom Akel says in a press release. “The comics industry is primed for a seamless and universal platform to provide creators and publishers with a platform to reach new audiences through next generation features and for fans to have a singular, freemium home to engage with their favorite series. Graphite is truly the first platform to embrace comics in all its forms.”

In order to grow the company, Graphite has hired former Line Webtoon staffers Jin Kim and Jimmy Deoquino. The intention is to grow the service. This has resulted in a bunch of new Webtoon and manga that is now available on the main Graphite website.