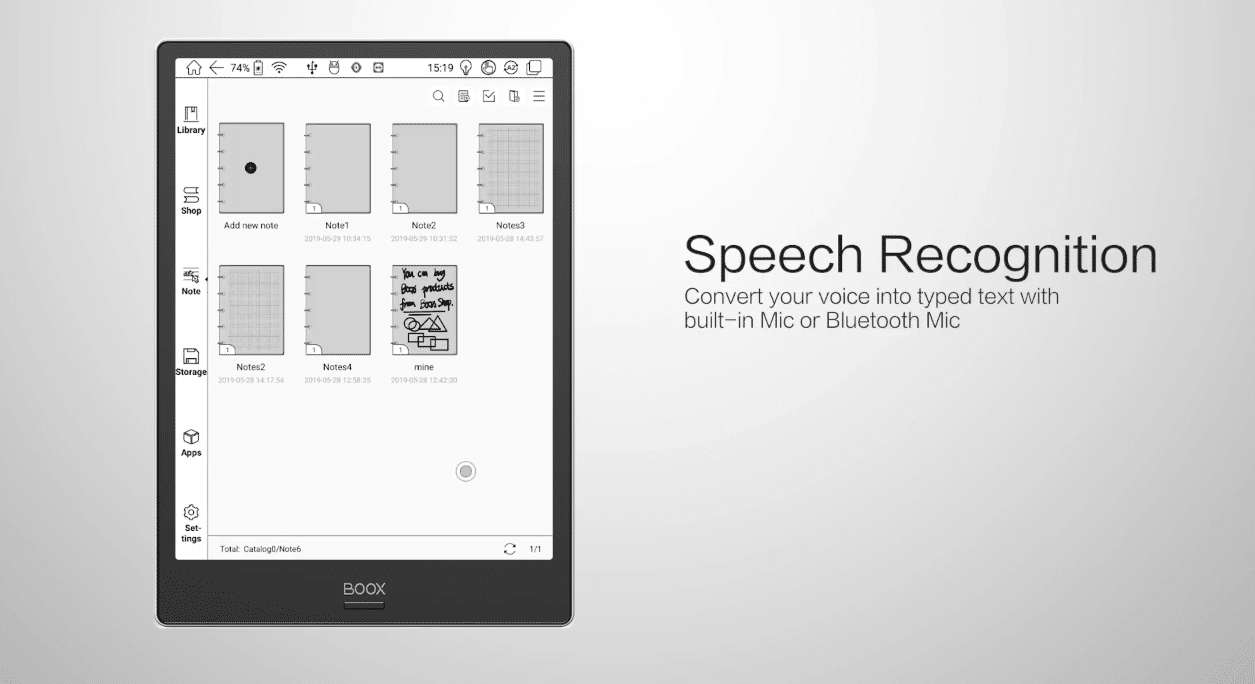 The Onyx Boox Nova Pro and Note Pro have finally received the 2.1.2 firmware update. The stock e-reading software has received a major update and the note taking app can now transcribe your voice into text. Onyx is now the first major e-reader brand to support audio to text conversion software that is using AI.