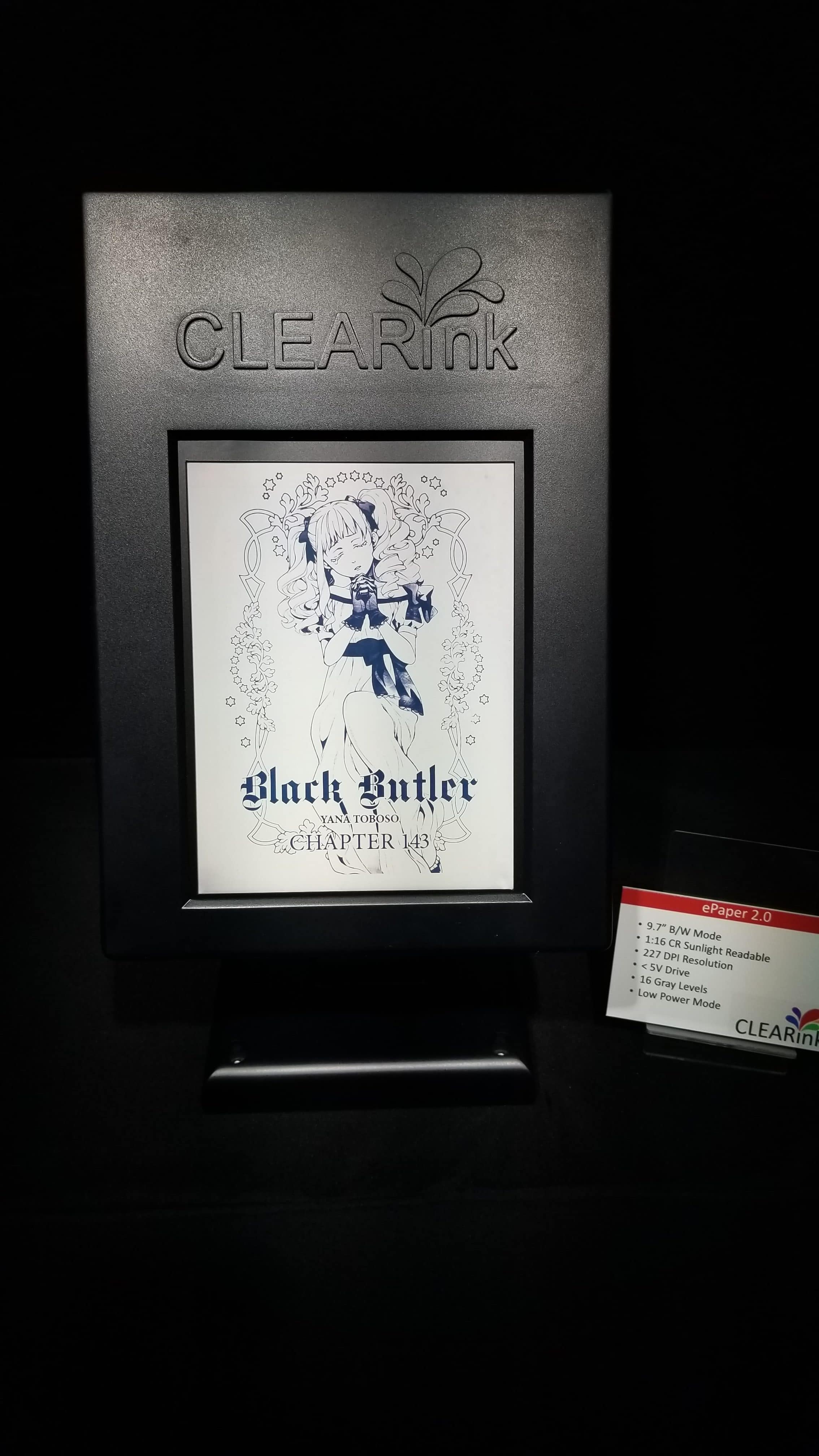 Clearink developed color e-paper 2.0 and their company won the best in show at SID Display Week 2019. Good e-Reader posted an exclusive video on this technology showing off the displays and also the front-light system. It looks like Clearink is going to be refining their design over the course of the next 12 months.They are working on touchscreen technology and a better front-light system, since their current prototypes only have 2 LEDS. The next version will also have higher resolution and can display more colors, along with better contrast and video drivers. There is also a 8 inch Clearink product that will be released by a major company sometime next year.

Over the course of the last few years Clearink has issued many different prototypes in a big to get companies interested in developing products with their technology. They were experimenting with different sized screens and verticales. They instead decided to focus their energies on wearables and a single 9.7 display. They found a manufacturer early this year they signed a deal with Tianmato establish a partnership framework for developing CLEARink’s patented ePaper 2.0 displays. Under the partnership framework, Tianma will develop TFT backplane and module assemblies for CLEARink’s next generation ePaper displays for tablets and other applications. They were able to do this because they got multi-million dollar investment from Lenovo, who is also now on the Clearink board of directors and will help chart the future.

Companies are now intrigued by Clearink color e-paper screens and four signed a collective $300 million dollar deal for the mass production for the screens and to improve on the technology.

It still does not look like we will see a viable Clearink product to at least 2020 or 2021. The tech looks way better than it did last year and it looks like it is going to be refined even further before it is ready for prime time.