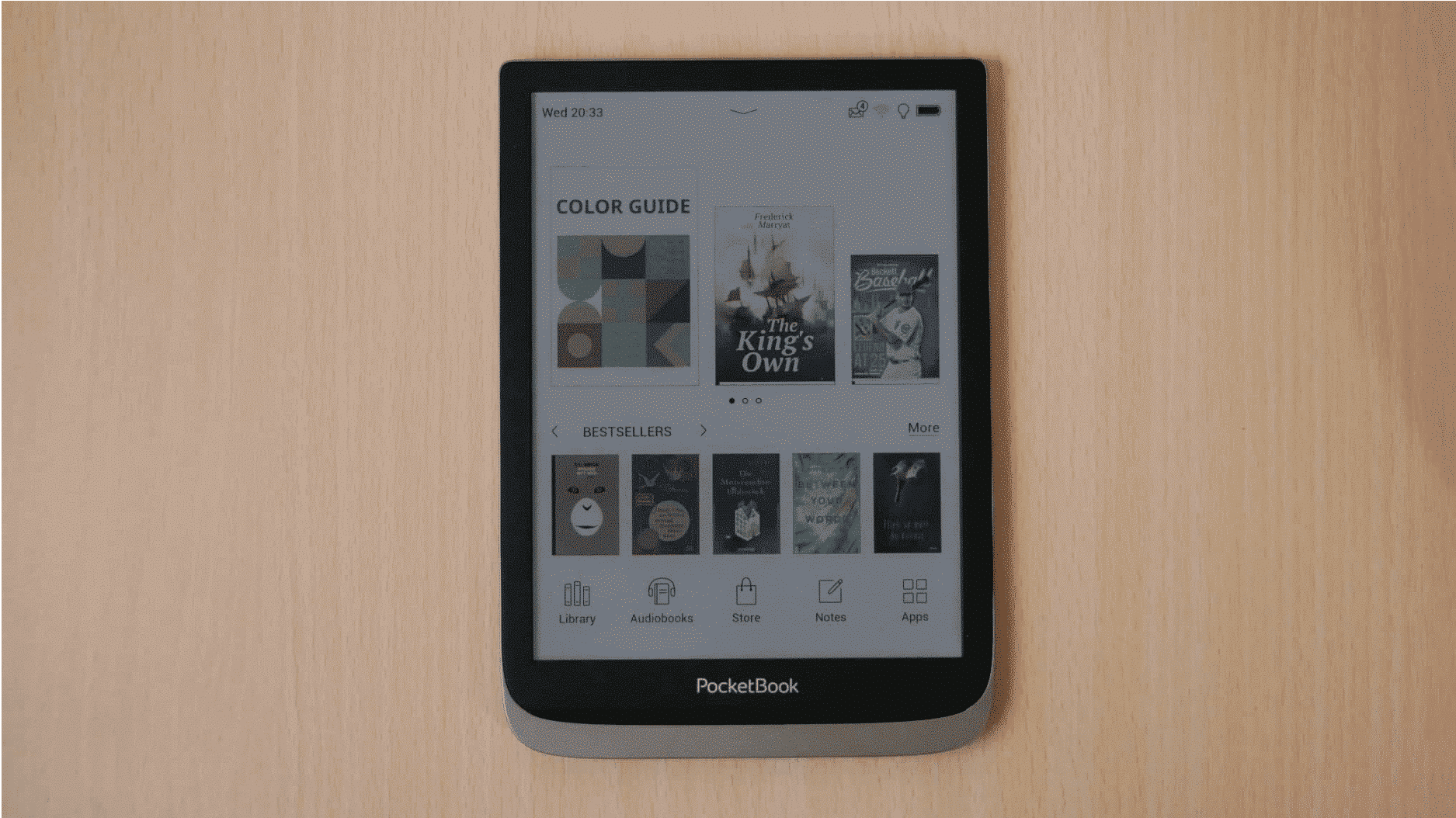 Last month, Pocketbook released the first E INK Kaleido 2 e-reader of the year. This 7.8 inch device is ideal for reading color content, such as comics, magazines, manga, newspapers or PDF files. You can also finally view cover art on ebooks, previously unavailable if you use a Kindle  and Kobo.  The Pocketbook Inkpad Color retails for $319 from the Good e-Reader Store, which is affordable. The big question is, will you buy it, or are you waiting for another product?

The Inkpad Color features a 7.8 inch E INK Carta HD and Kaleido 2 CFA. The resolution of the B&W panel is 1872×1404 with 300 PPI, the resolution of the color filter array is 624×468 with 100 PPI and can display 4,096 different colors. One of the big reasons why color looks more vibrant on the Pocketbook, is because it has a sunken bezel with an exposed e-paper screen. There is no layer of glass or a WACOM layer getting in the way, between your eyes and the screen.  It has a front-lit display with 24 LED lights, so you can read at night. The overall color scheme is piano black and has a silver/grey accent on the bottom and back of the e-reader. There are physical page turn buttons on the bottom, and also a home and more button. You can elect to turn the pages by mashing on the buttons, or swiping and gesturing on the touchscreen.

Underneath the hood is a dual core 1GHZ processor, 1GB of RAM and 16GB of internal storage. There are a number of people who might think that these specs are a little bit underwhelming. We live in a world of smartphones having 8-12 core processors, 12GB of RAM and tons of other advanced hardware. Pocketbook is an e-reader, you are basically using it to read ebooks, listen to audiobooks, you can also checkout manga, magazines, newspapers or even webtoons with the internet browser.  It also has an SD card, capable of 32GB of additional storage.

Physical page turn buttons, SD, Color and USB-C! This is the type of thing that most people in the e-reader dream about, and the Pocketbook really edges out the competition. The software is really polished and is running Linux, there is a note taking app, a coloring book and a ton of pre-loaded content.