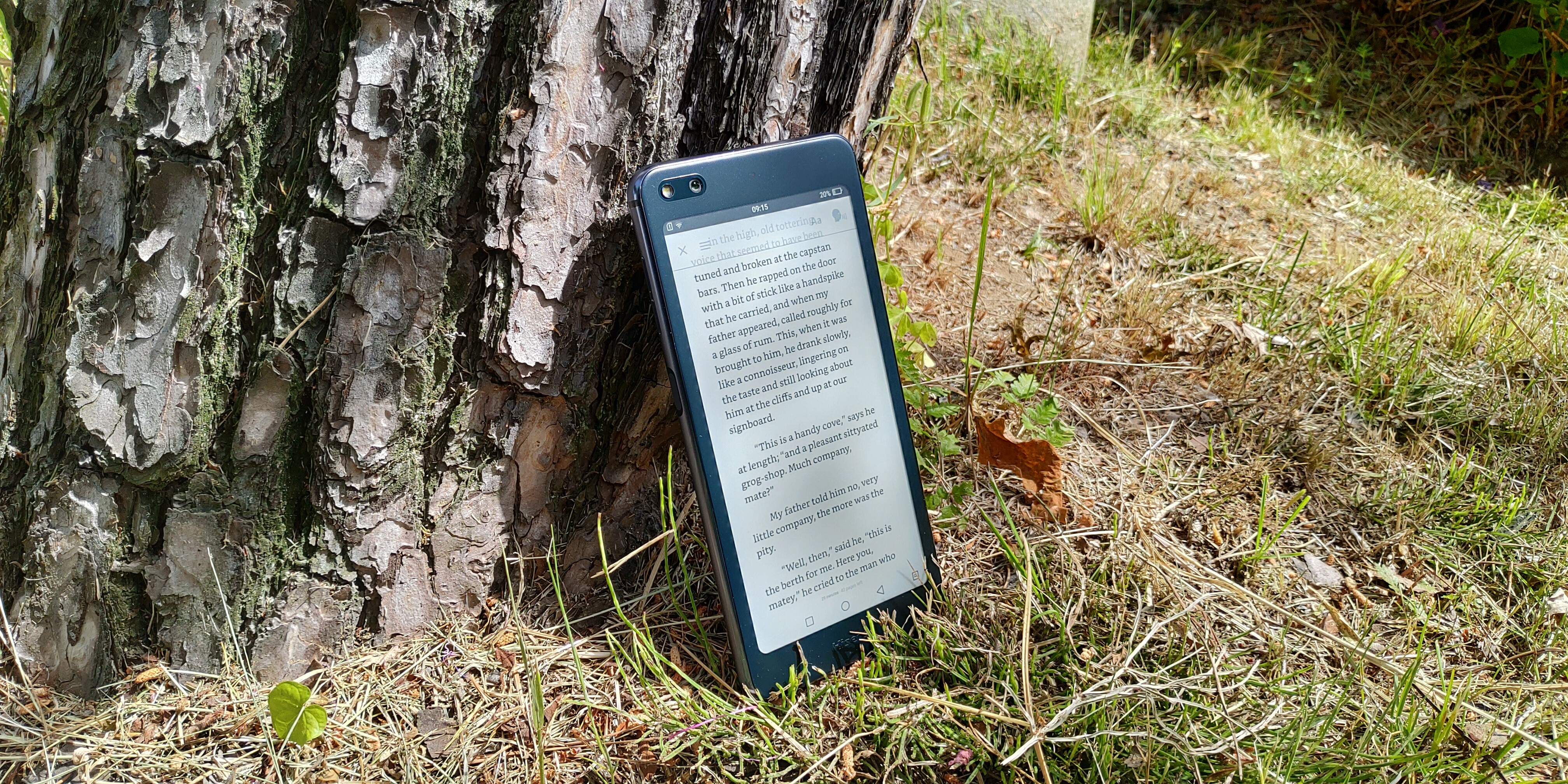 Hisense has been on a rampage lately, announcing and releasing a slew of smartphones with E INK screens. The A6 smartphone is unique, because it has two screens, instead of one. It features a full color one on the front and a very large E INK panel on the back, this harkins back to the glory days of the Yotaphone, except the Hisense model has great specs. It retails for $389 and can be purchased from the Good e-Reader Store.

The dual rear camera takes pictures with a 24-megapixel main sensor and a secondary 8-megapixel camera lens. On the front, the 20-megapixel camera is used to take selfies, use the A6 for video calling or to securely unlock the dual-screen smartphone with your face.

Android 9.0 is the main selling point, although you do not have Google Play, you can sideload in your own apps, or install alternative app stores.