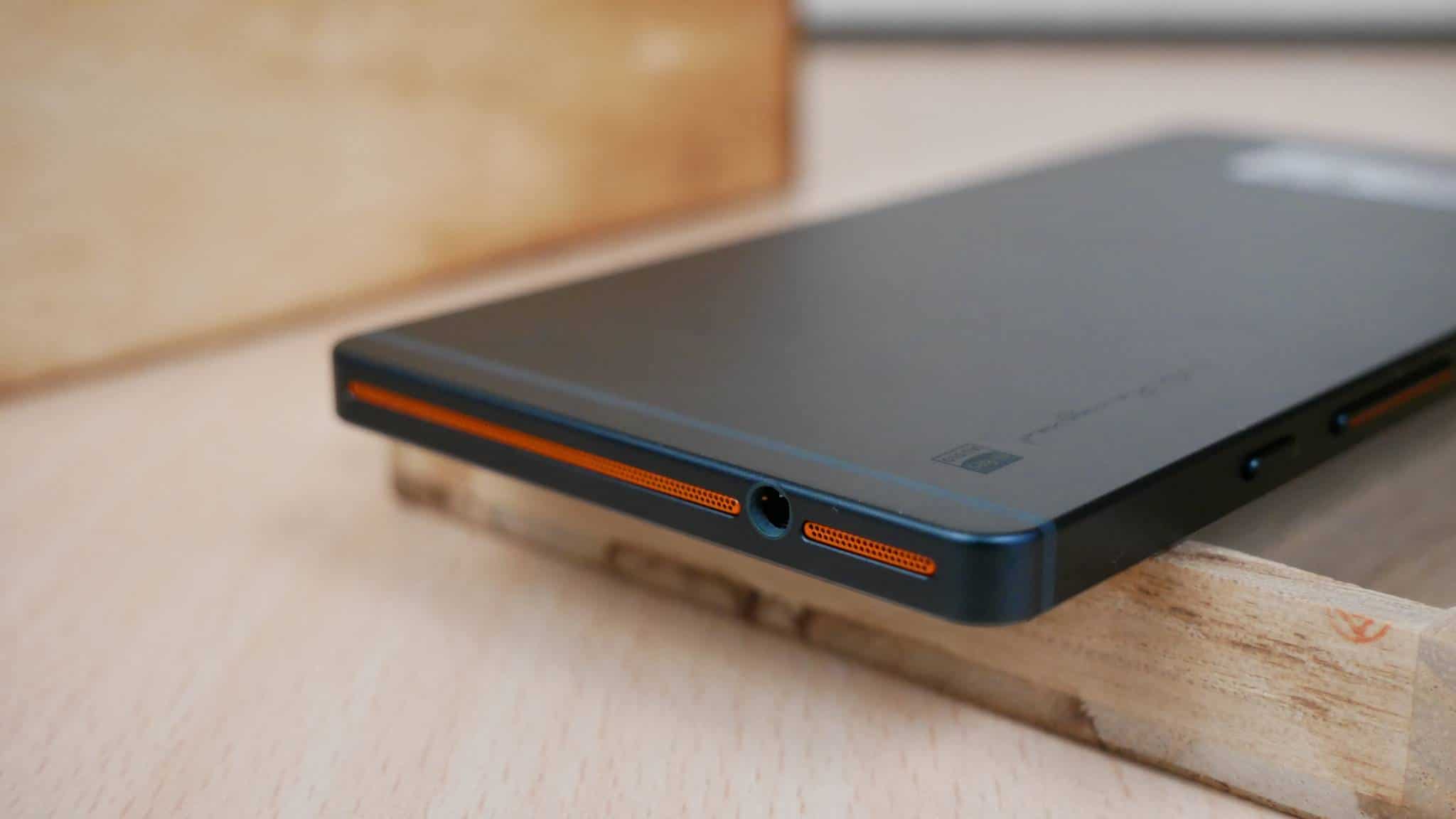 Hisense has released the first HIFI Music Player with an E INK screen. This device has stereo speakers, which are both the same size and also a 3.5mm headphone jack. It will play lossless audio and you can load in popular formats such as FLAC. It is running Android 11, so it is easy to install HIFI streaming services such as Tidal, Spotify said they are going to offer their own HIFI Streaming soon.

Obviously if you are going to buy this device, you will want to use it while on the go, since audiophiles will likely have their own wired setup at home, where they can listen to HIFI audio. There are a few drawbacks, it does not have a SIM card or an SD card to boaster the 128GB of internal storage. There are a number of pros though, it supports 32-bit/384 kHz audio and it can be played through the AAC dual 1216 stereo speakers or the 3.5mm headphone jack, providing up to 122dB. The Hisense Touch Music Reader retails for $339 and is available from the Good e-Reader Store. 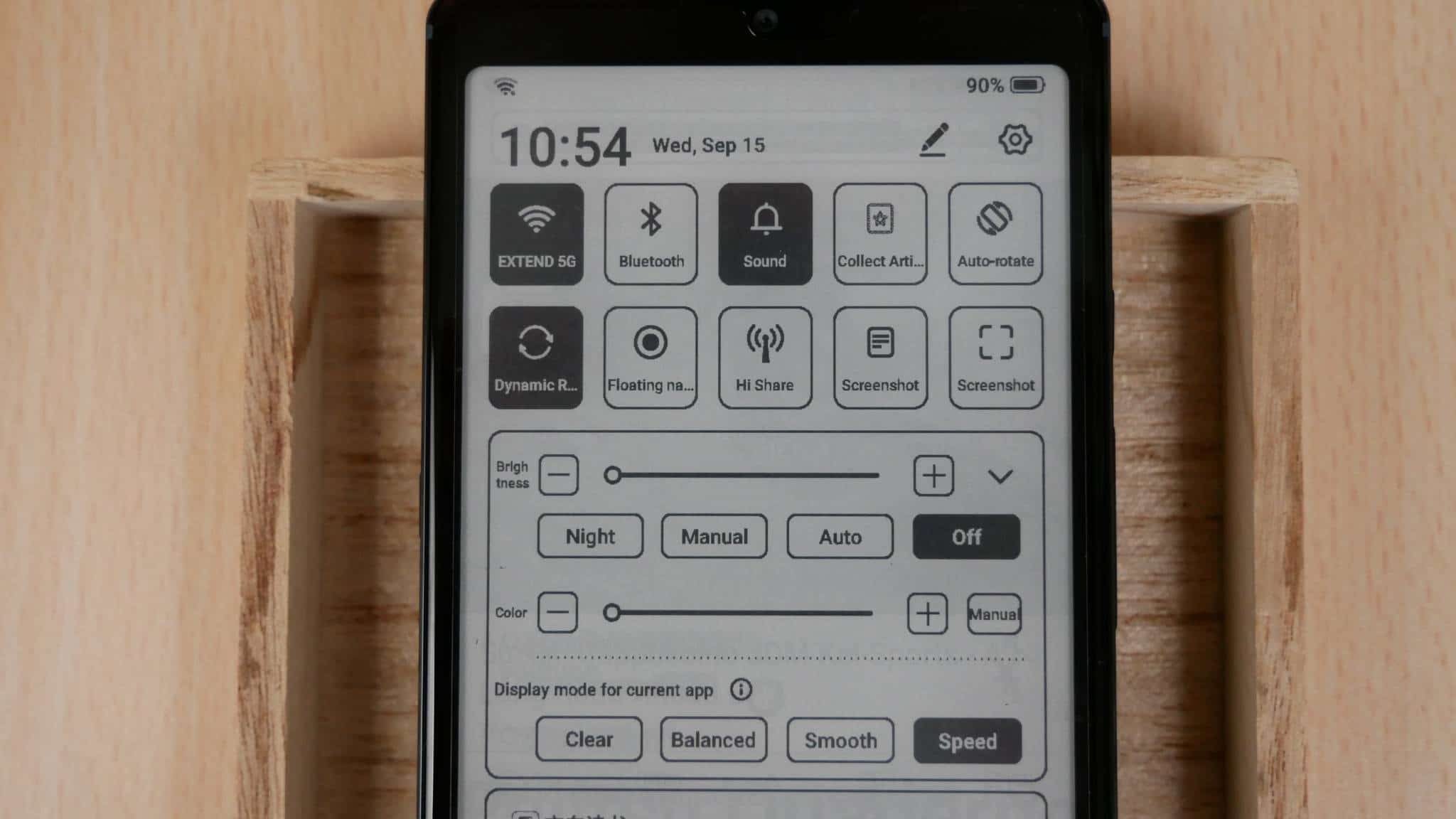 The Hisense Touch features a 5.84 capacitive touchscreen E INK Carta HD display with a resolution of solution of 1440 x 720 with 287 PPI. The phone is not recycled, based on a previous design, but is totally new and fresh. It has square corners, similar to the old iPhones. It has made of a highly durable aluminum. It has a front-lit display and color temperature system with 32 LED lights.

Underneath the hood is a Qualcomm quadcore processor, 4GB of RAM and 128 GB of internal storage. There is a USB-C port for charging the device and WIFI to access the internet and download apps. This device supports Bluetooth 5.1, so you can plugin a pair of headphones, but HIFI audio cannot be outputted through Bluetooth, because it uses different codecs. It is powered by a 3,500 mAh battery and supports 50w fast charging. It is very light, the weight is 155g.

On the bottom of the device is stereo speakers, AAC dual 1216, which means each speaker is the exact same size. The iPhone 13 and iPhone 12 series of smartphones speakers are different sizes, which means the Hisense player produces better audio. Basically, we put a flagship iPhone and Android phone side by side and the Hisense blew them away, the audio output is basically doubled, without any crackle or hissing. When Peter was doing his review, he had the speakers on full, in the upstairs and could still hear it with the windows closed, outside.  The power button and volume buttons are on the right side and E INK button on the left. The E INK button can be mapped to launch any function, such as an automatic page refresh, launching a particular app or calling up a the web browser

The 3.5mm headphone jack is also critical, because wired connections are how you are going to get the best audio experience. This is because lossless does not work over Bluetooth, which is why everyone is up in arms about the AirPods Pro Max not working with Apples new lossless format. 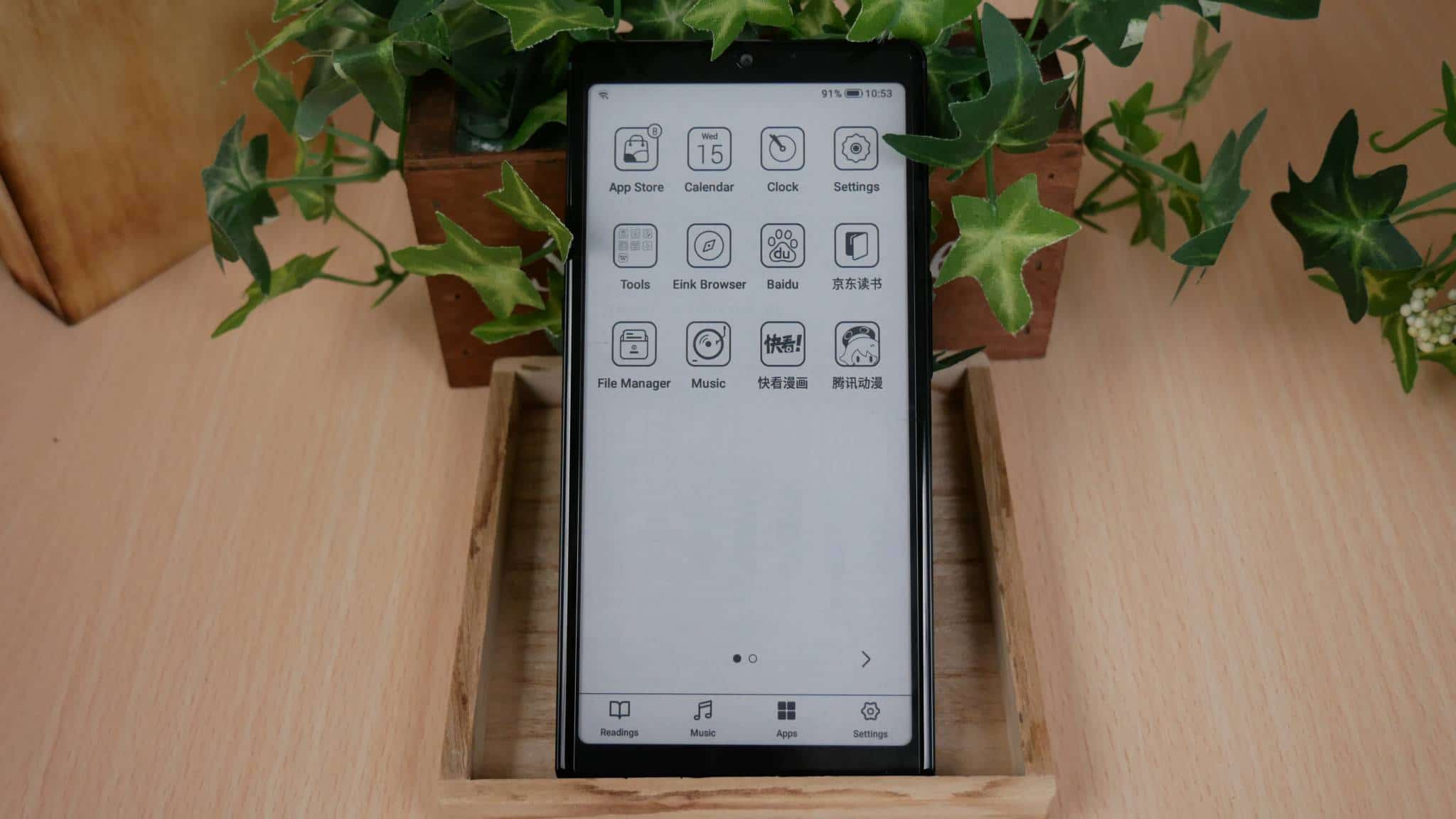 Hisense is billing this as a HIFI music player, but it also does so much more. It is running Android 11 and is using a brand new interface called Touch OS, which makes each core function have a big and bubbly square. This will launch commonly accessed features such as the music player, audio settings, screen settings, system updates etc. The main navigation is on the bottom of the page and provides shortcuts to the ebook reading app, music player, app menu and settings.  I

This device comes with 4 different refresh modes, that are similar to the Onyx Boox line of e-readers. The normal one is clear mode, which gives you nice looking app icons, text, and PDF image clarity, it also has the same A2 mode, which degrades image quality, and provides a slight increase to performance.  The two extra modes are the speedX and X-mode which makes playing audio on Youtube or other streaming services, extremely viable.

It is important to note that the Hisense Music Player is primarily targeting the Chinese market, and has a number of pre-installed apps, as well as an app store, full of them. Hisense has always made their E INK products internationally friendly and supports up to 46 different languages, including English. This means the entire interface and UI will be in your native language, which is critical.

You can install your own app markets, or apps on an individually basis. Since there are no cameras on this product, you can’t do video chats, but can do audio ones, such as WhatsApp, Line or even do WIFI calling to your friends. The Music Player is typical Android fare, so you might want to install your own. 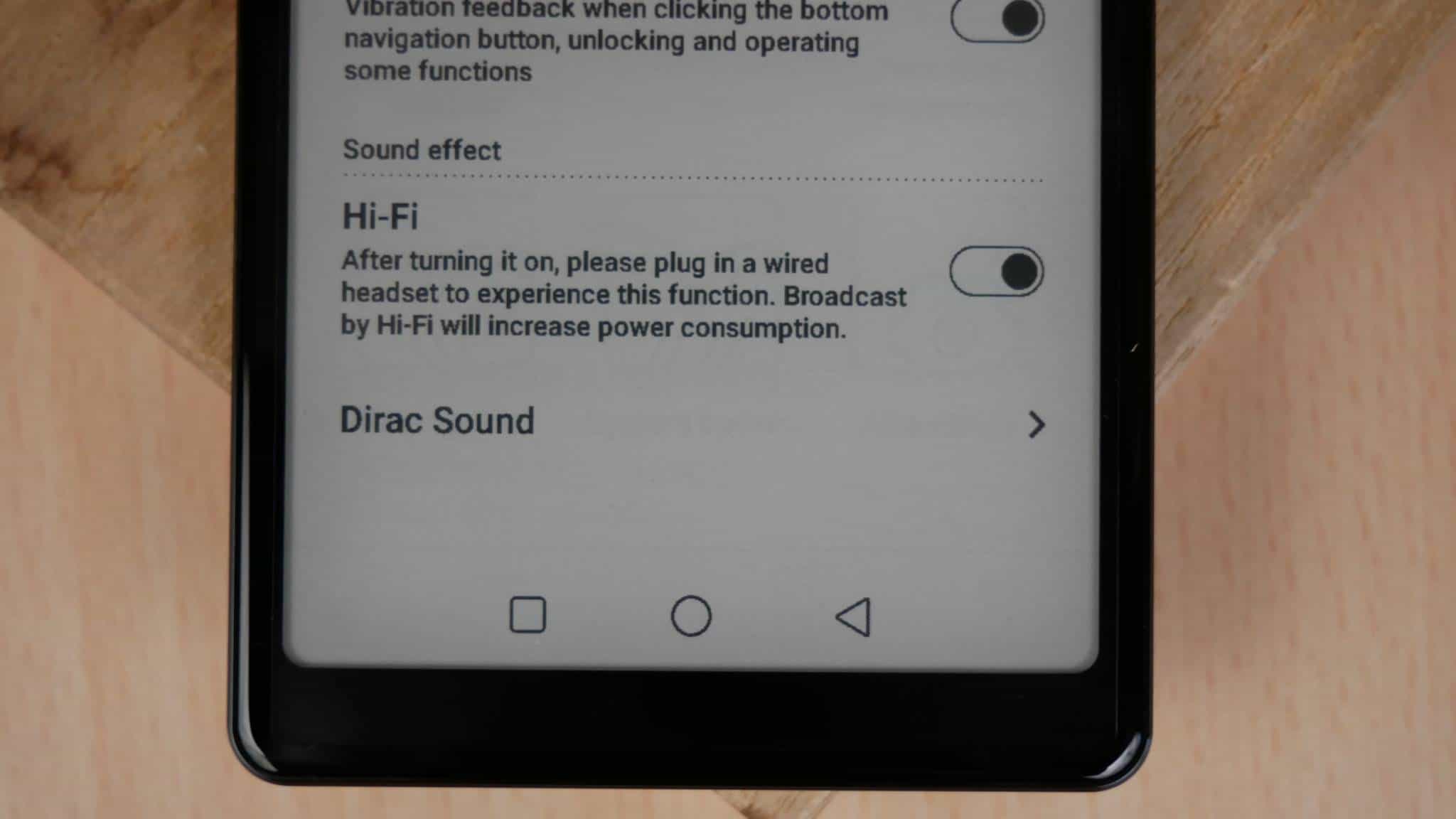 There are a number of HIFI settings, by default it is turned off, since it increases power consumption. It also has an EQ for Dirac sound. When you open this the text says that the system has intelligently improved the overall sound quality of the speakers. After opening the earphone sound details can be restored with high fidelity, making  it more clear and natural. Some HIFI audio sources might have compatibility issues.  It says this setting is ideal for wearing headphones.

The Hisense Music Player Touch is surprising to all of the senses The feel of the cool aluminum when you take it out of the box, the appearance of a brand new form factor and has best speaker quality out of any smartphone we tested. With the Hisense Touch, there is no need for external speakers as this device gives you all of the Bass and decibel range you will ever need.  I feel like it doesn’t entirely know what it’s trying to be, but definitely breaks ground and blazes the trail to create the only device in its class; an e-paper music player.