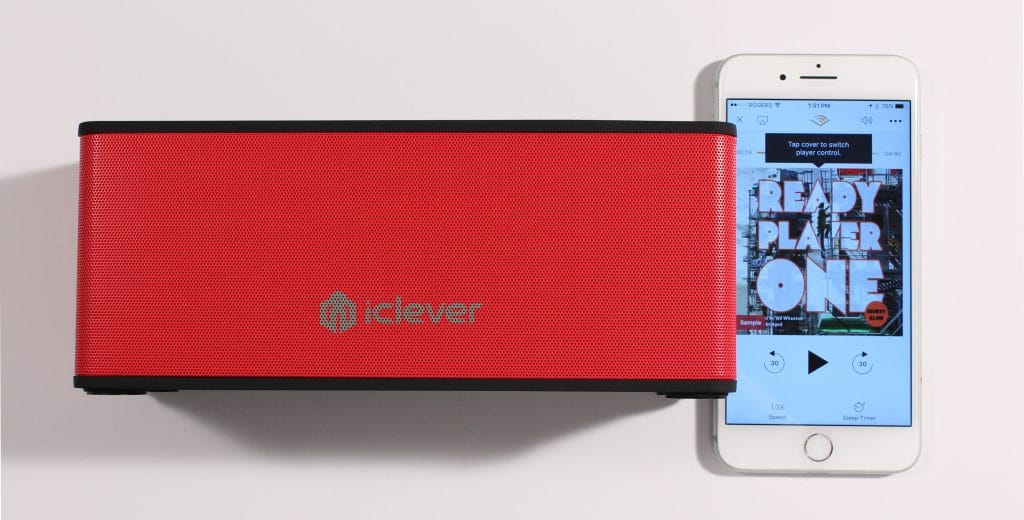 Many people find themselves listening to audiobooks in their home with on a smartphone, tablet or via laptop speakers. iClever has been developing Bluetooth speakers for a few years and the company has just released the BoostSound IC-BTS08. Not only are they aesthetically pleasing, but they pack quite a punch.

The BoostSound connects up to your smartphone or tablet via Bluetooth 4.0 and it has a 4000mAh battery, which should give you up to 12 hours of listening time. It can also hook up via an aux cable to older devices or your home stereo system.

What impressed me the most about this speaker system is how loud it really is, each of the two speakers have 10 watts, which gives you 20 watts total. Overall, the sound quality is crystal clear. Peter and myself during the review listened to a few songs on Spotify and the bass levels were really good, not as robust as the Beats Pill, but close.

The price is fairly compelling for anyone that wants to listen to audiobooks in the home or music when you are out with friends in a park or at the beach. You can pick these up from the iClever website for $49.99. Check out the full unboxing and video review below.