You are here: Home / e-Reader Reviews / Kobo Touch vs. the Kobo Glo 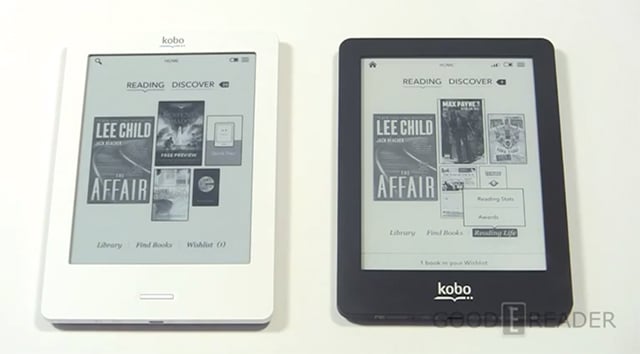 Welcome to another Good e-Reader Comparison Video! In the last few days, many new devices have hit the market and our tech lab has been in overdrive! No, we’re not talking about borrowing books from the library, but working hard to test out the new Kobo Glo! This e-reader just came out today and we pit it head to head against the previous generation Kobo Touch.

The essence of this video is to talk you through the subtle differences on a hardware and software level. Aside from the new Glo feature, there are small differences with both these units and we show you everything! We included collections, ebooks, PDF files, pictures,  and other media content. The Kobo store has different options with the new Kobo Glo, and we show you what they are and how you can tap into millions of free ebooks.

Since the Kobo Touch has been on the market for around eight months now, many people are wondering if it’s worth it to upgrade to the latest and greatest model. This video should give you all the information you need to decide whether you want the Glo or not.