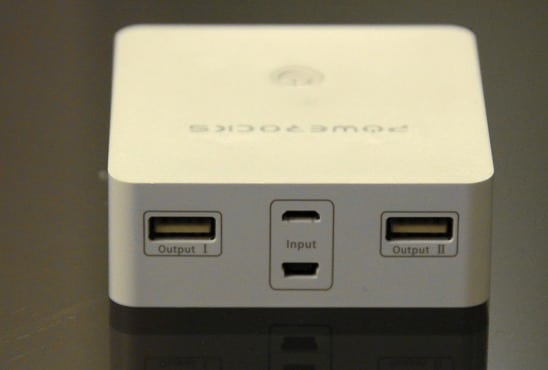 The PoweRocks Stone3 Power Bank is designed to re-charge your devices when charging from an outlet is not possible. The power bank has two outputs, so it can charge two devices at the same time.

PoweRocks Stone3 7800mAh Power Bank is a universal external backup battery and works for iPads, e-readers, tablets, iPods, iPhones, and other USB devices. It is equipped with a one touch battery indication to turn the backup battery on or off at your convenience. Charging the battery is simple and can be charged within 5 hours under their max output, by a PC, a USB wall charger, or your car charger.