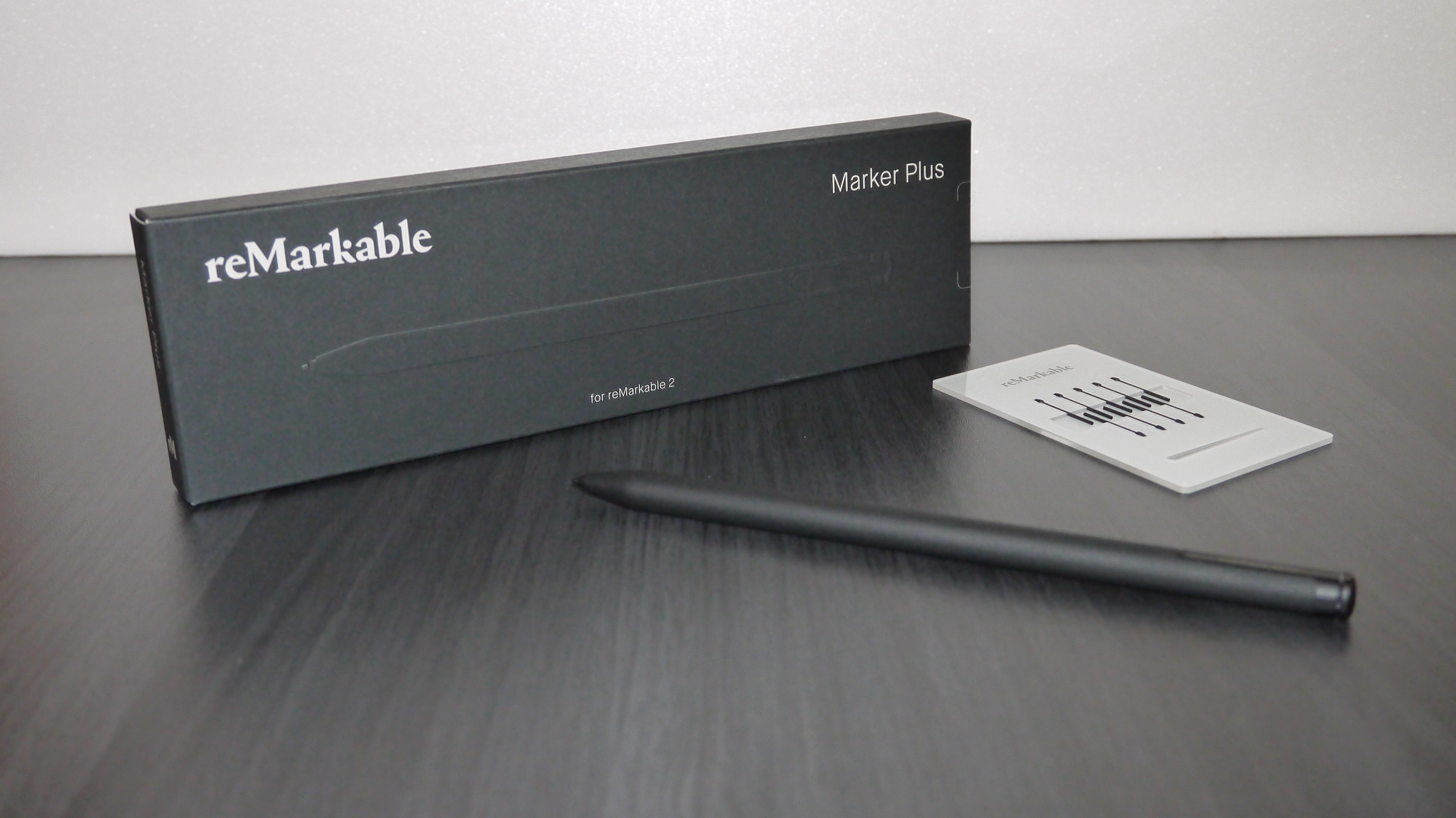 The Marker Plus has an aluminium body and is black. There is an eraser on the top, which is perfect for drawing, annotating PDF files or ebooks. Instead of using a capacitive eraser, it actually has a button, which presses down and you hear an audible click. When you are drawing on the Remarkable 2 and want to erase something, it doesn’t instantly delete it. You have to click down on the part you want to delete, and it will become greyed out. When you stop pressing down on the eraser, the greyed out area will delete. None of the software options to increase eraser functionality work, you can’t area select or lasso with the Marker Plus.

The Marker Plus has a magnet inside and will automatically attach itself to the Remarkable 2, and it’s very strong. Not only does it snap to the side of the device, but anywhere you want, even the screen.

Weight is important when you are writing with a stylus. A 3g plastic stylus is harder to draw with and can slip out of your hands, due to the lack of grip. The Marker Plus weighs 19g, so it has lots of heft. Remarkable also resigned this pen, so it has a better grip, it feels course. This makes it easier to grip and it will not slip out of your hands when drawing at an angle.

This is the second premium stylus that Remarkable has created. The first was the Marker Signature, which only works no the first generation and does work on the second gen model. The same goes with the Marker Plus, it is not backwards compatible.

How does the stock pen compare to the premium one? The stock pen is made of plastic and weighs 15g. It has a pure white body and the grip is not as advanced as the Marker Plus. Both of the pens have pressure and tilt sensitivity. They both do not need to be recharged and come with 10 extra nib replacements. 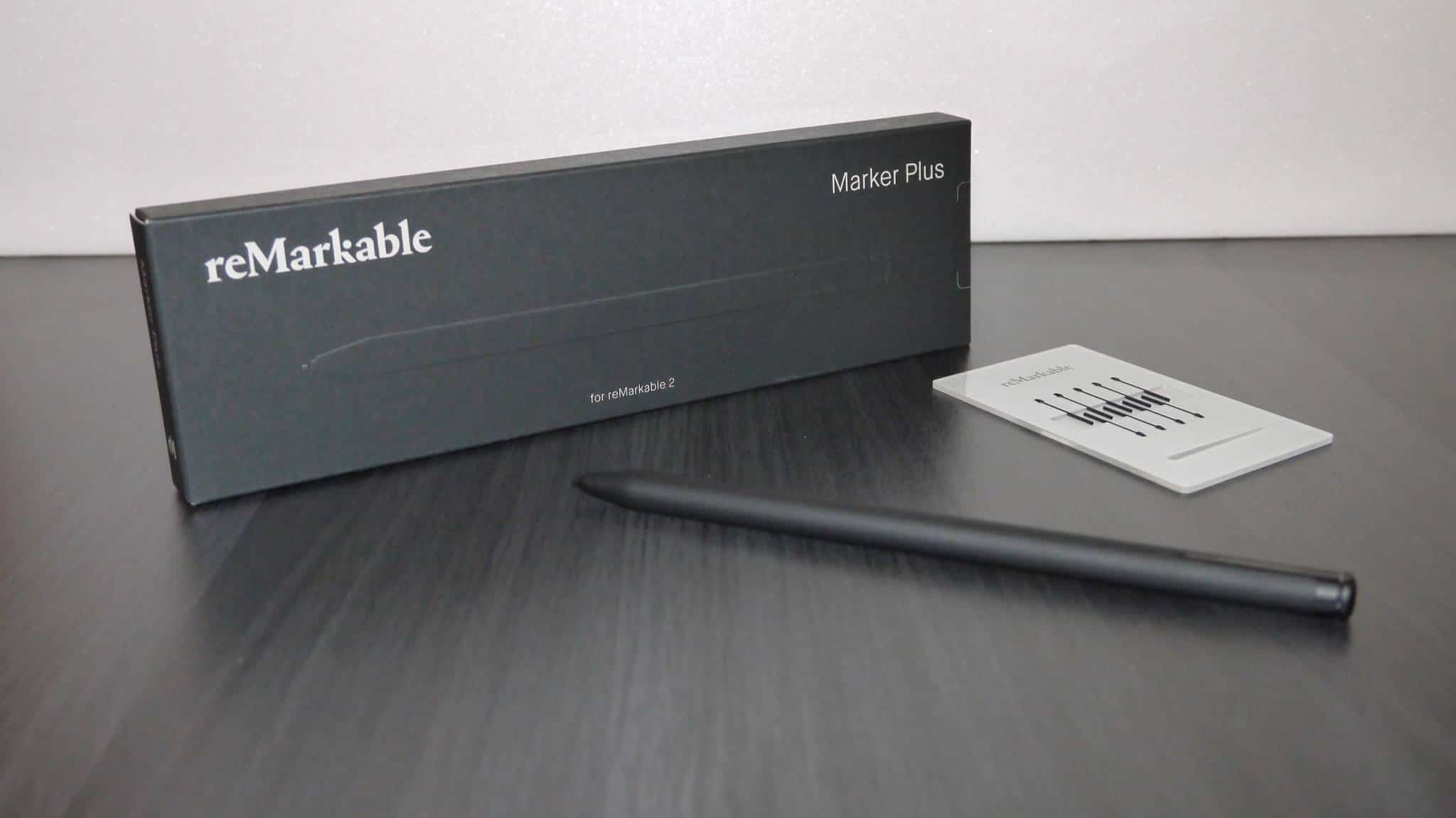