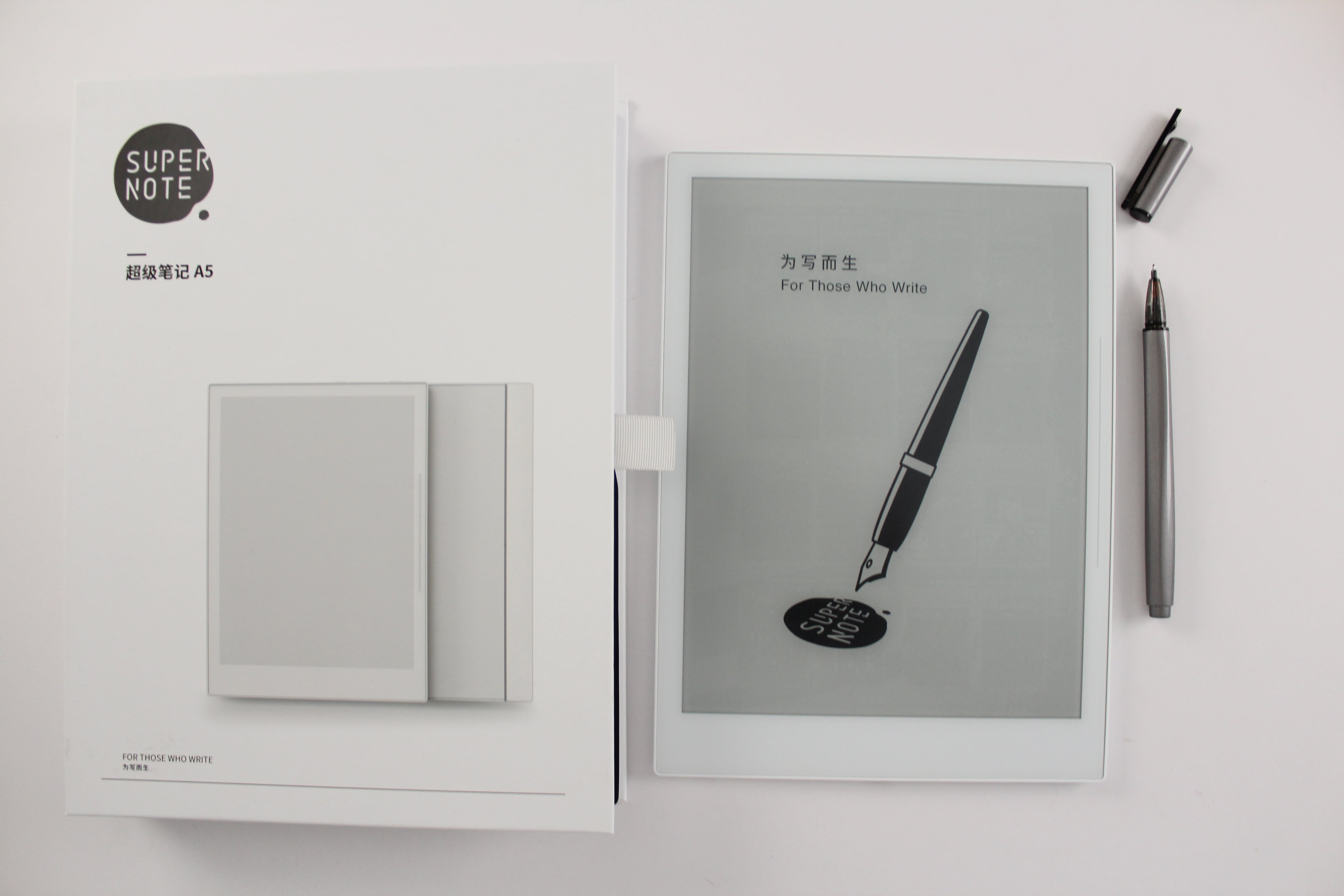 The SuperNote A5 is the first product released by a Japanese company called Ratta. They have been working on this device before the Remarkable came out and they have been laser focused on providing the best digital note taking experience. They accomplished this by directly working with WACOM to develop the next generation of stylus and it is not made of cheap plastic. Instead, it is much akin to a ballpoint pen and can be totally deconstructed to put different nibs on it. How does the A5 stack up against the competition and should you purchase one? 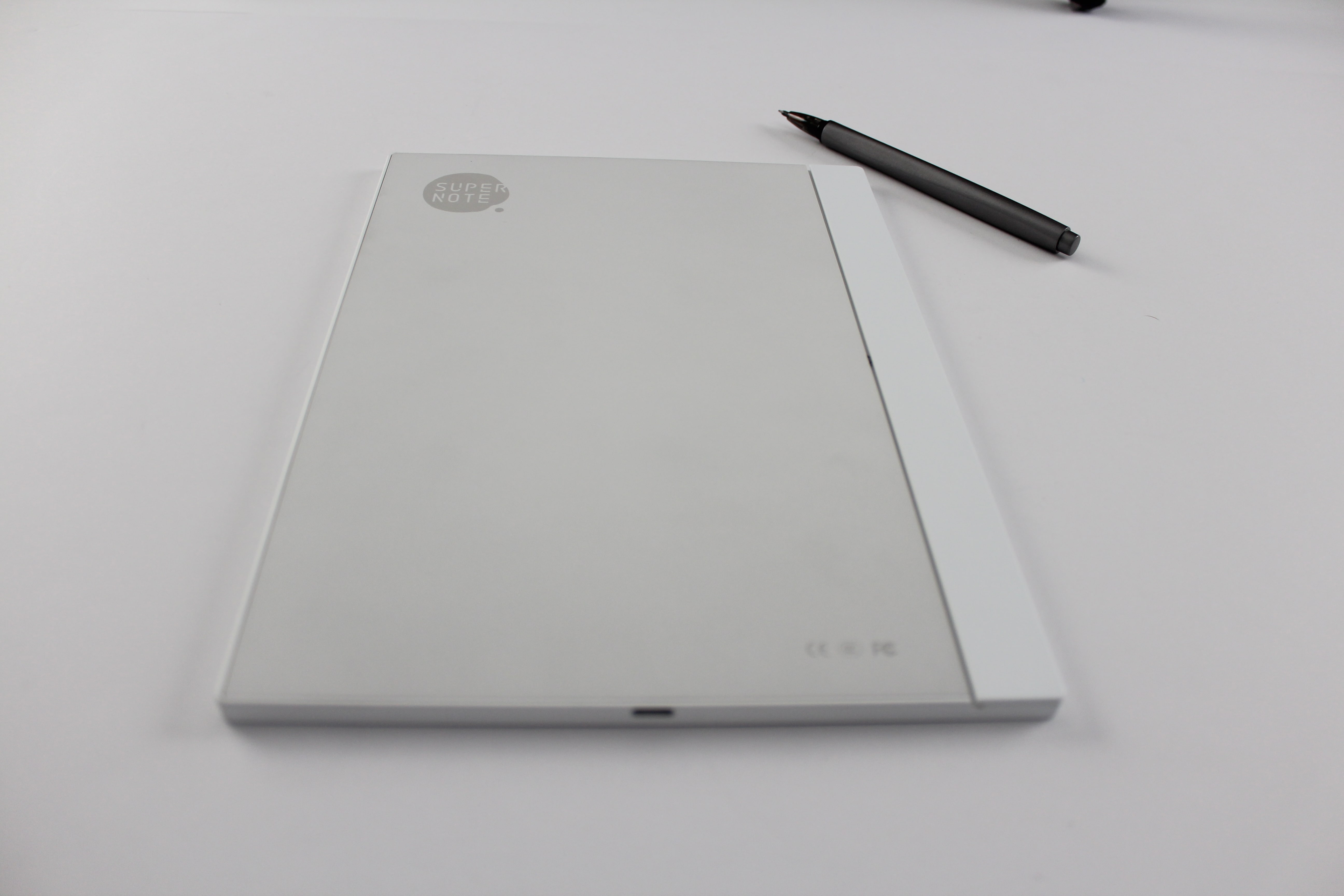 One of the things that make the A5 unique is a layer of plastic film that envelops it. This adds a degree of grip and torque when using the pen. You would never know the it has plastic on the screen, just by using it. The pens looks like a ballpoint pen, but they are really a byproduct of WACOM, which they are dubbing the Shinonome Pen.

The industrial design of the A5 is quite different from most digital note takers on the market, such as the Sony DPT or the Onyx Boox MAX2. It is pure white and the bezel is quite small. There is no home button and there is simply a power button on the top and a USB port on the bottom to charge the device and to copy content to it, and content to your PC. 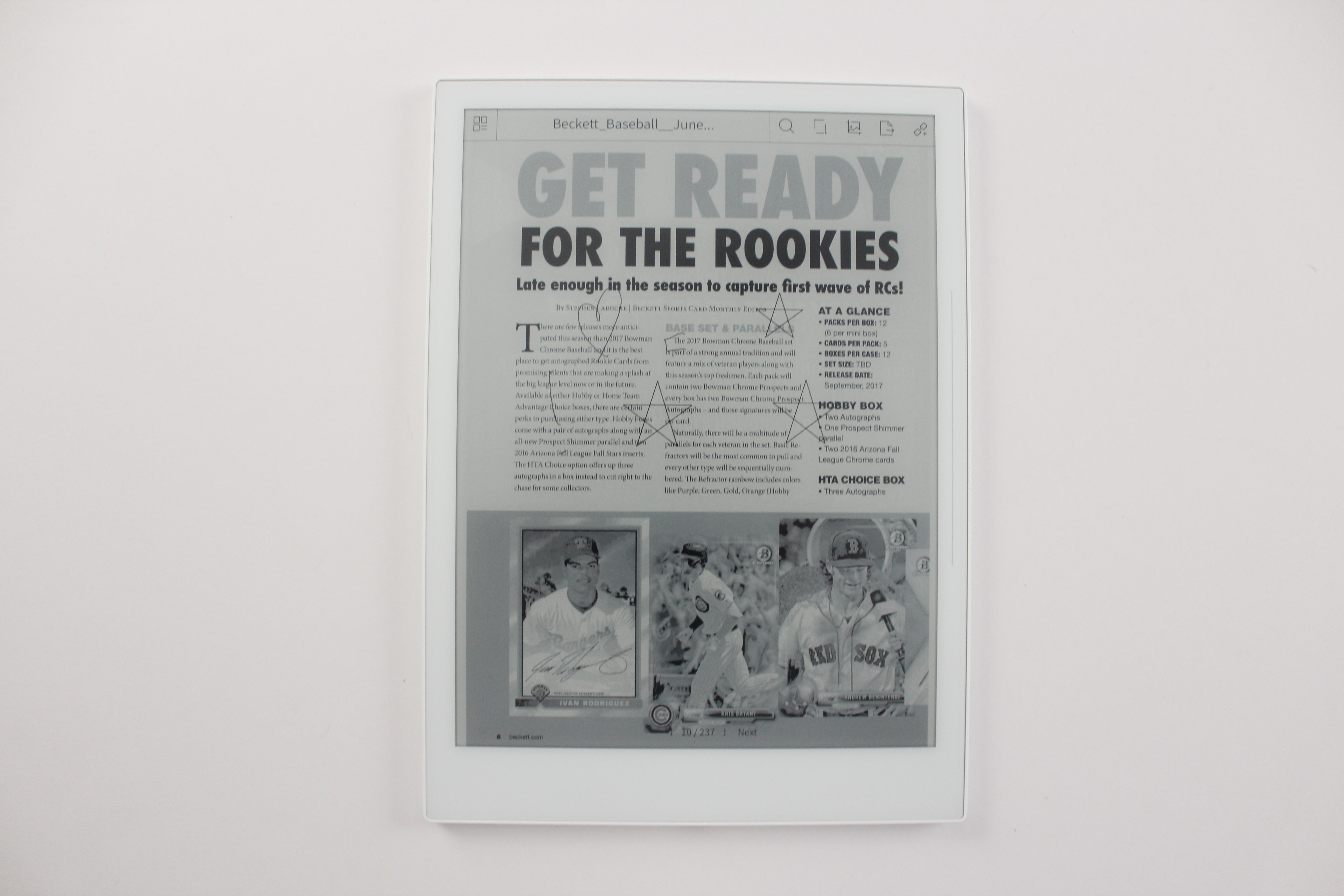 The SuperNote A5 is using a Linux based operating system instead of Android. This makes it excel at doing a few things really well and all of the software has been painstakingly handcrafted. This means for the new calendar app they just released, it took a few months to develop. Linux is the same backbone as the Kindle and Kobo run, almost all of the other digital note takers on the market run Android, which can drain a battery quickly if you are running a lot of background processes or apps. 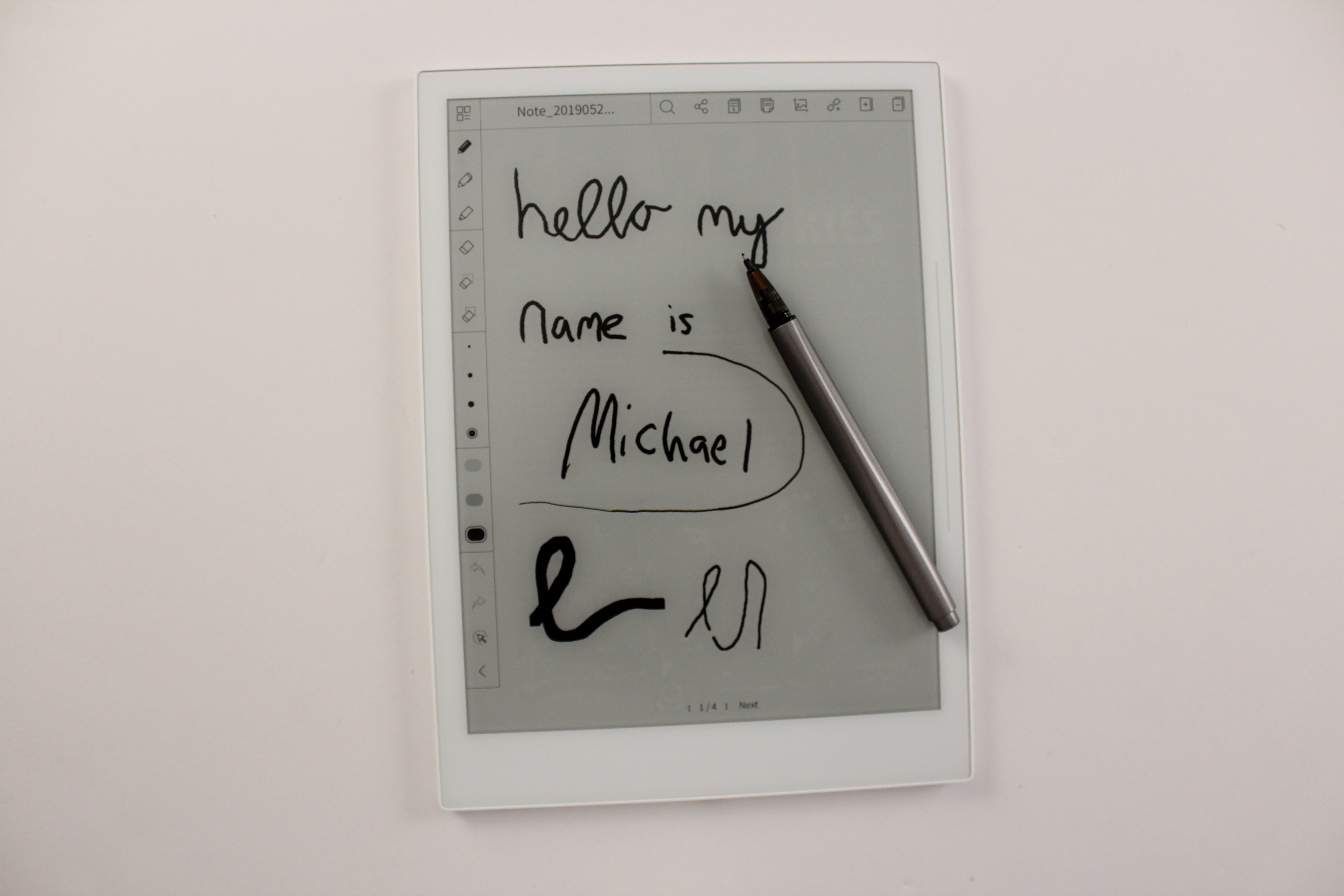 You are buying the SuperNote primarily because of the digital note taking experience. You can freehand draw on a blank page or load any of the 24 different backgrounds. There are options to adjust the pen size or select a pencil for more refined drawing. There is over 4,069 degrees of pressure sensitivity, which provides a lot of freedom to draw complex objects. If you screw something up, you can go back a step to redo something, you can draw a box around something and delete anything that is inside of it, or just delete the entire screen. Drawings can be exported to the SuperNote Cloud storage, which provides 32GB of space. You can also email it someone or plug the Note into your PC and copy it over.

You have the sidebar UI to select any of the above options when you are editing a PDF file. You simply can start drawing on it as soon as it is loaded. I noticed a bug with this, if you do a few annotations, you cannot skip ahead in the document for some reason, hopefully this gets fixed soon.

The SuperNote also has an ebook reader, which can import popular formats such as EPUB. You can  adjust the margins, line spacing or select from three different font types. Every six pages or so, there is a full page refresh, but the refresh is not instantaneous. Instead, it slowly chugs up the screen from the bottom to the top, it is a little bit disjointing. If you draw on an EPUB, you get the same error as when you edit PDF files, you cannot really skip ahead in the book, you get a weird error message. I would suggest not using the stylus to draw in EPUB books, until Ratta fixes this error.

The Supernote also has predictive handwriting to text. This system works for freehand drawing, but is mostly relevant to the calendar app. I found that you have to draw very legible for this to work and sometimes the engine still makes small errors, that aren’t easy to correct.

Speaking of errors, firmware updates are automatic. Whenever there is a firmware update you can checkmark the box to have it installed via WIFI. If you are the type of person that likes waiting for an update, until its been tested by real world users, you can turn off it off. 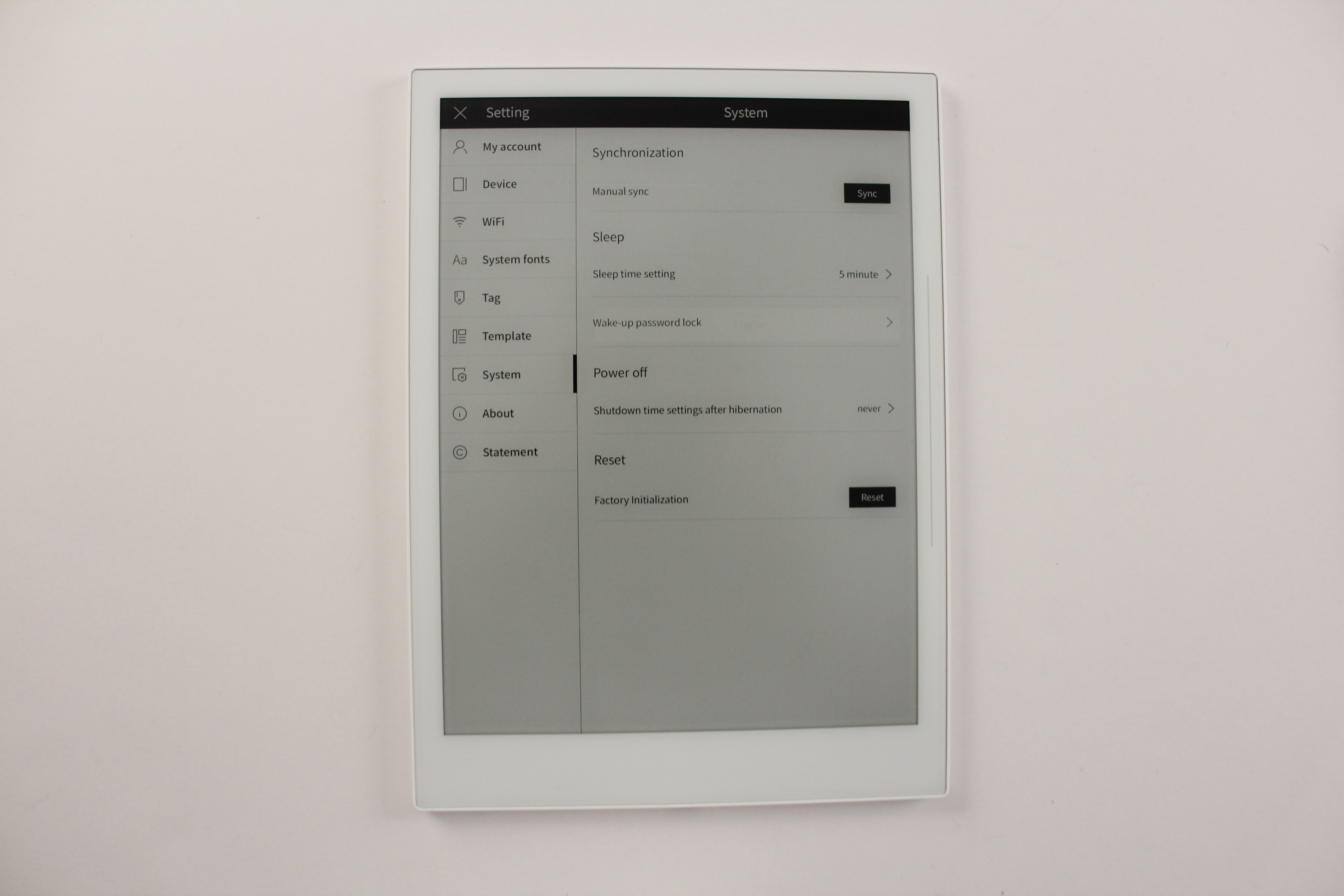 The SuperNotes flagship feature is the drawing experience. It lacks some of the advanced features of the Remarkable, such as layers and object transformation. The real reason why you should buy this is because of the stylus. The stylus/pen is the closest you will get drawing on real paper, not even the bamboo or expensive WACOM artist stations come close.

There are only two Linux digital note takers on the market, the Remarkable and the SuperNote A5.  If you are going to do some serious freehand drawing, the A5 is the obvious choice. You can purchase the A5 in China from JDRead and worldwide from Good e-Reader for $599 USD. 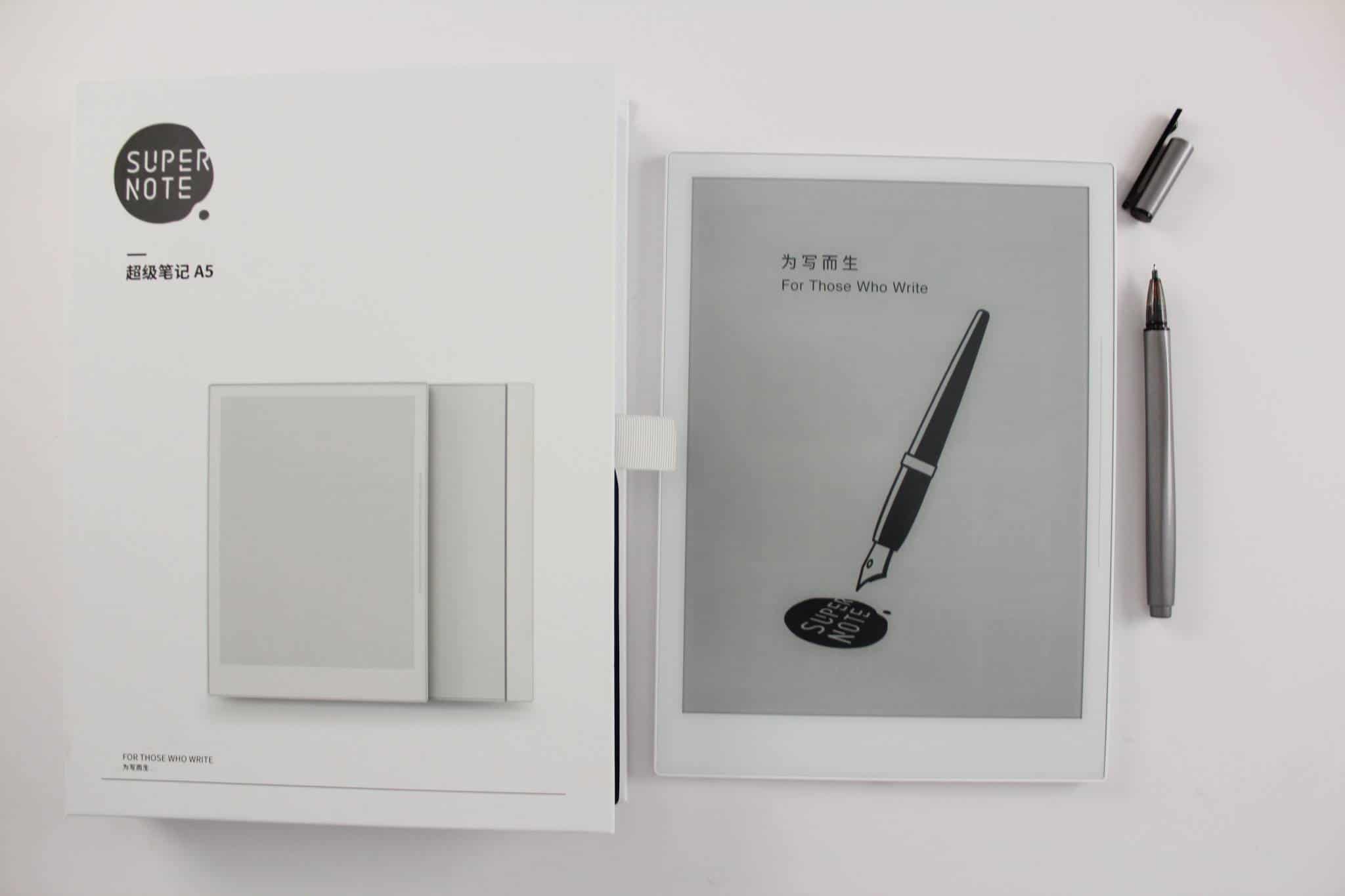