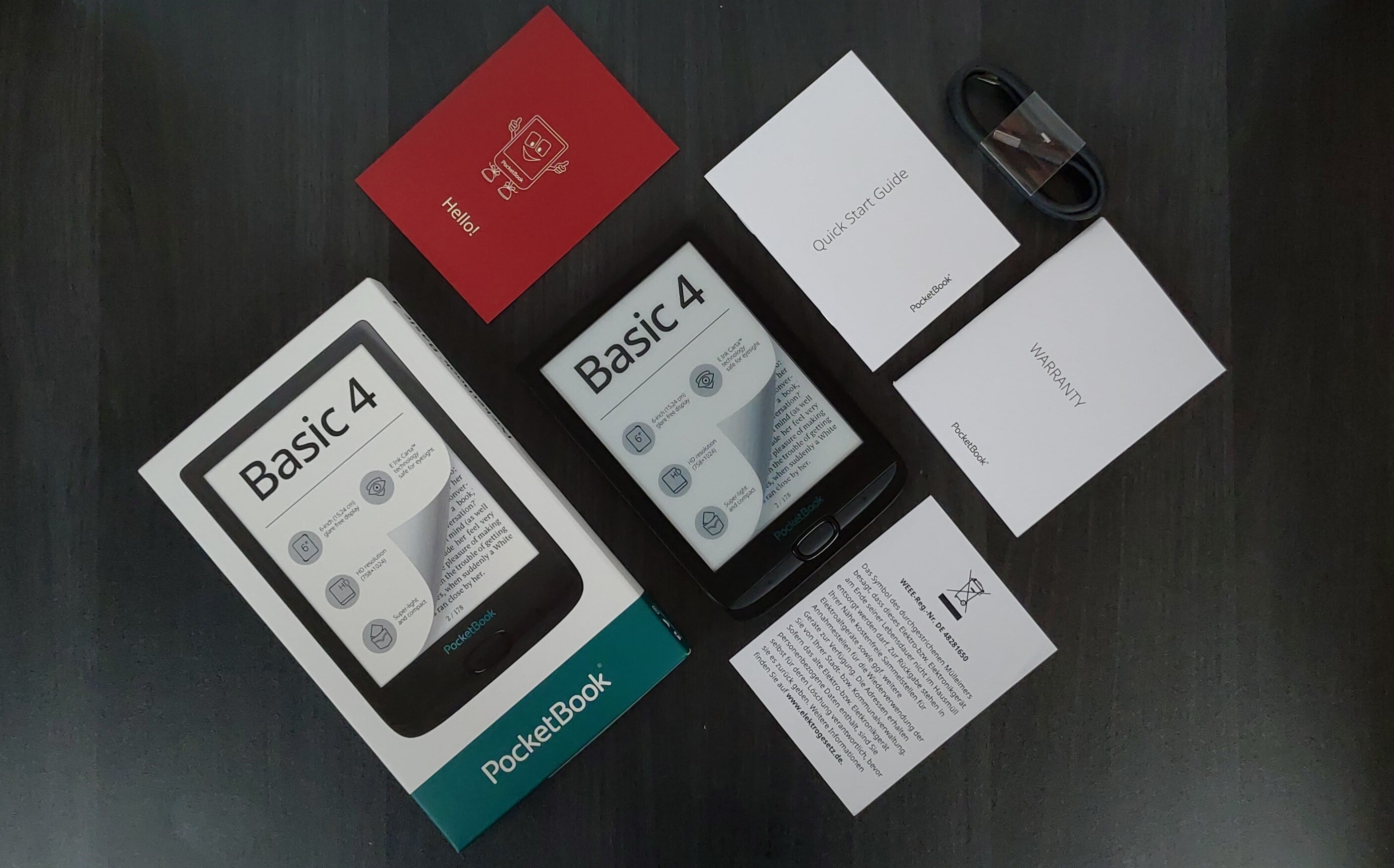 The Pocketbook Basic 4 e-reader is an entry level device that is available for pre-order for $84 and it competes against the entry level Amazon Basic e-reader with front-light and the Kobo Nia. The Pocketbook has an advantage due to the physical page turn buttons and SD card support.

The Pocketbook Basic 4 features a six inch E INK Carta HD display and it should have a resolution of 1024×758 and 212 PPI. It is powered by a Freescale 1GZ processor, 256MB of RAM, 8GB of storage and has an SD card that is capable of up to 32GB of additional storage. Pocketbook has elected to use a Micro USB port for charging and transferring data. The dimensions are 161.3 × 108 × 8 mm and it weighs a paltry 145g.

One of the great things about the Pocketbook brand is that it is running Linux, so speed and stability are hallmarks. It also does not track you or monitor your reading habits like Amazon or Kobo. There are 14 supported ebook formats such as PDF, PDF(DRM), EPUB, EPUB(DRM), DJVU, FB2, FB2.ZIP, DOC, DOCX, RTF, PRC, TXT, CHM, HTM, HTML, MOBI.

Pocketbook has kept its current generation box design consistent from device to device. There is a full size image of the Basic 4 on the front, along with a Pocketbook logo on the bottom. The majority of the box is white, with only a very light green behind the logo. On the sides of the box are the model name and on the back are the key selling features, that are available in 12 different languages.

Opening the box for the first time, you are greeted by the e-reader sitting in a tray, front and center. It is encased in a static proof bag. Underneath the reader is your warranty documentation, a full color promo document, encouraging people to buy a case and a quick start guide. There is also a Micro USB cable contained in a little cardboard flap.

The color scheme of the e-reader is black. The pocketbook logo is green. The home button is different than the Pocketbook Color or the Touch Lux 5, it is rounded with a little boarder around it, so you won’t accidently misclick on it, while reading an ebook. The page turn buttons are next to the home button. I like the overall design, it is just a shame,  it does not have a front-lit display.