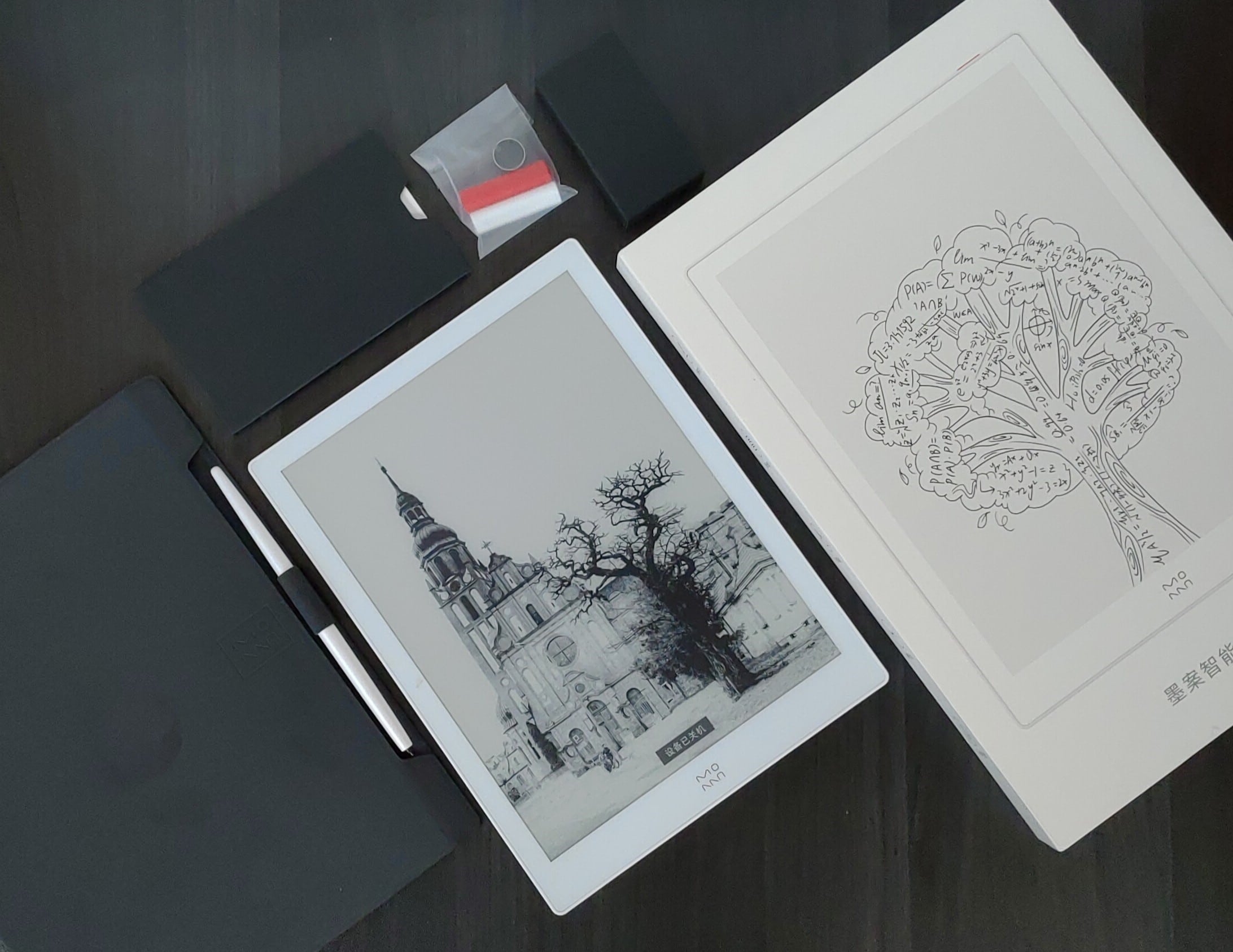 The Xiaomi Moaan W7 is a 10.3 inch e-note that was supposed to be released last year, but experienced countless delays. There were also rumors that this would only be available in China and not have English firmware, but now that it is officially released, it does have an entirely English UI, making it a really viable alternative to other Android digital note taking devices on the market.

The first digital note taking device from Xiaomi features a E Ink Mobius 10.3 inch device screen with a resolution of 1404 × 1872. It has a touchscreen layer and also WACOM one. It comes with an electromagnetic stylus with support for 4096 pressure levels and a refresh rate of up to 360 times per second. The algorithm inside is able to recognize handwritten text and convert it into electronic text. This is a feature that only a small handful of products in this category have.

Underneath the hood is an unknown processor, 2GB of RAM and 32GB of internal storage. It is powered by a 3,800 mAh battery and is running Android 8.1. It does not have an app store, but you can sideload in your own apps, such as Overdrive Libby, Kindle and everything else you want.

The retail packaging has an excellent design. The color scheme is a soft white and there is a large outline of the device on the front, with a tree. Scattered in the trees leaves are math equations, notes, calendar events, letting you know, that this product is a digital note taking device. There is Chinese letting below this, which gives you the model name. The back has just a serial number on the top left and some specs at the very bottom.

When you open up the box, there is a dark black cardboard cutdown, the W7 and all of the accessories are underneath, this was meant to ensure there was nothing jostling around during shipment. There are two tabs on the bottom which house the stylus and USB-C cable. There is an accompanied fabric case that ships with the unit too, and has a stylus holder. The stylus nibs seem to be replaceable, there is a small bag with a nib tool to take the old one off, and there are two different nib tips available.

The design of the W7 features an all white body. The screen is flush with the bezel with a layer of glass. On the bottom is a USB-C port and on the very top is a power button. There are no manual page turn keys or a dedicated home button, everything is software driven. The stylus is also pure white, it looks way nicer than the stock stylus that ships with the vast majority of digital note taking devices and the fact you can replace the nibs, makes it an extremely viable proposition.

The Xiaomi W7 Moaan retails for $489 from the Good e-Reader Store.