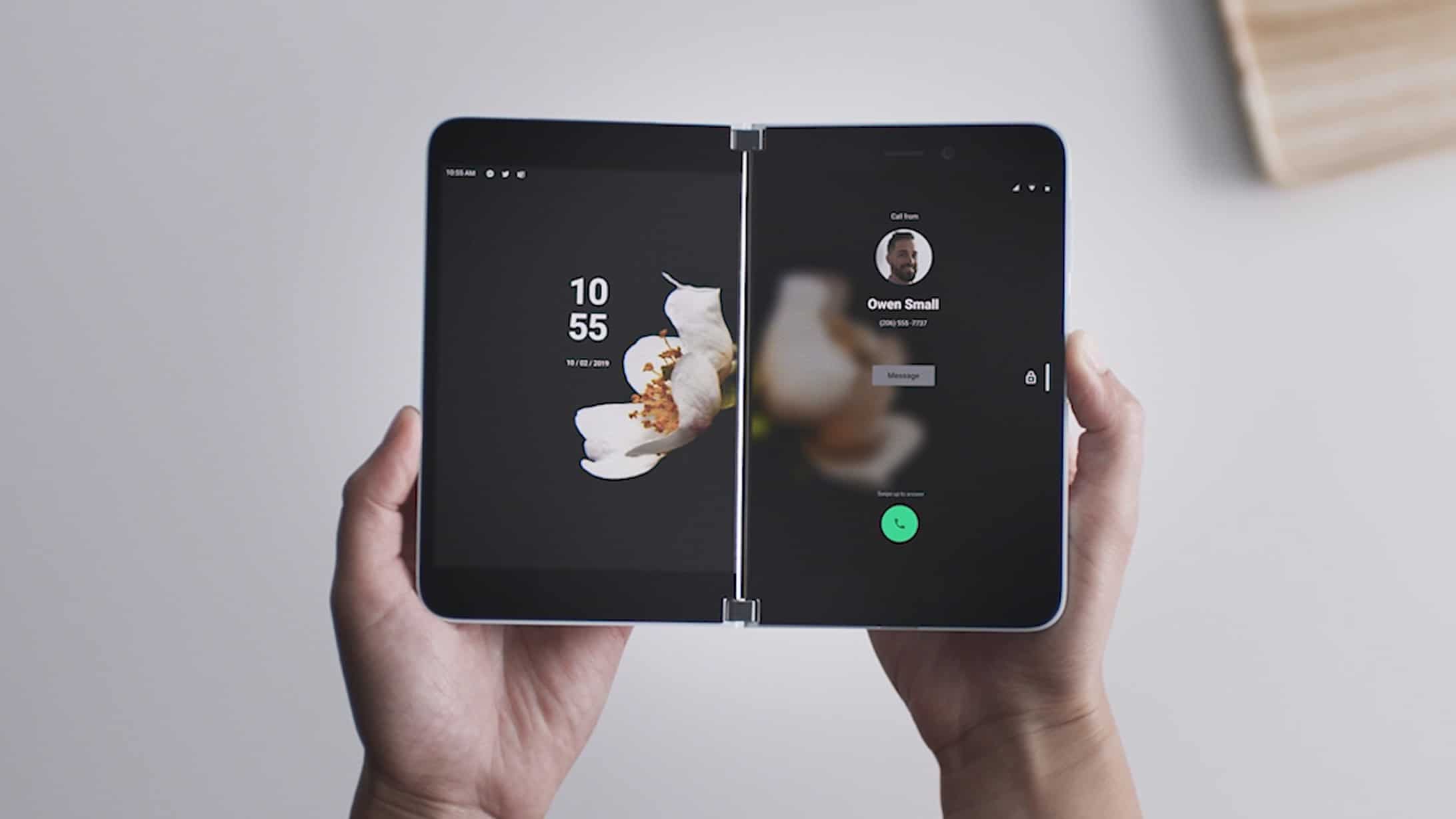 The Microsoft Surface Duo is one of the most eagerly anticipated smartphones of the year. It features twin 5.6-inch OLED displays with a resolution of 1800 x 1350 with a 4:3 aspect ratio that connect together to form a 8.1-inch overall workspace (2700 x 1800) with a 3:2 aspect ratio.

The basic Surface Duo hardware also consists of a Qualcomm Snapdragon 855, 6GB of RAM, and up to 256GB of storage. Microsoft is using an 11-megapixel f/2.0 camera, which will include auto modes for low light, HDR multi-frame captures, and a “super zoom” up to 7x. Both 4K and 1080p video recording will be supported at 30fps and 60fps, with electronic image stabilization. There’s only a single camera on the Surface Duo, which can be used both for video calls and as a main camera.

Microsoft is also including two batteries in the Surface Duo, split beneath both displays. Overall there’s 3577mAh of capacity. Despite this, Microsoft is promising “all day battery life,” which means up to 15.5 hours of local video playback, up to 10 days of standby time, and up to 27 hours of talk time.

This device is running Android 10 with Microsoft Surface Duo UI. You can download apps via Google Play. It ships out on September 10th, 2020 and is only available in the US for the launch. Good e-Reader will have these available and are currently taking pre-orders for the 128GB and 256GB versions.