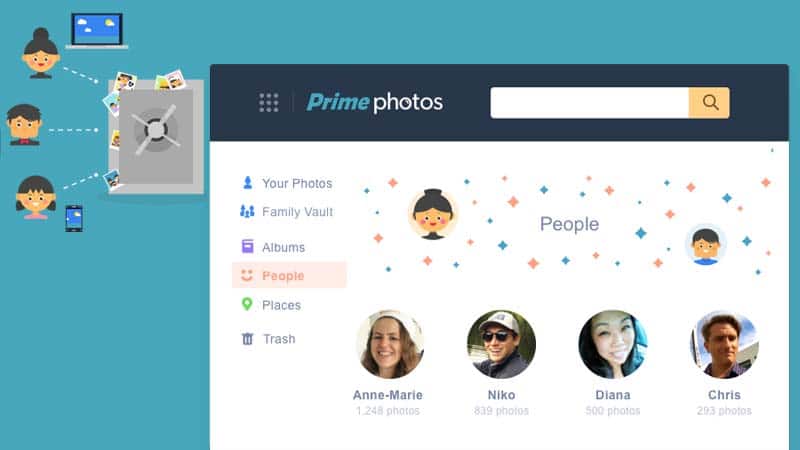 Amazon has announced that they have revised their unlimited photo sharing system with a new feature called Family Vault. You can now share your account with 5 family members or friends with an invite code. Each person invited will be able to upload as many photos as they want through the web or via the Amazon Prime Photos app on iOS and Android.

Additionally, Amazon has vastly improved their photos interface through the web and mobile apps. All photos uploaded are now automatically analyzed to make finding photos of people, places, and specific things a lot easier. Photos are also analyzed for objects and things, so you can enter the word “beach” for example, and see all photos taken at the beach. GPS data embedded within photos, like those taken on smartphones, is also detected and available to sort photos by locations.

It looks like Amazon is getting serious about their photo sharing system and they have just updated all of their apps. They have an uphill battle against Facebook, Pinterest and Instagram and I remain skeptical if they will ever be able to garner significant market share.