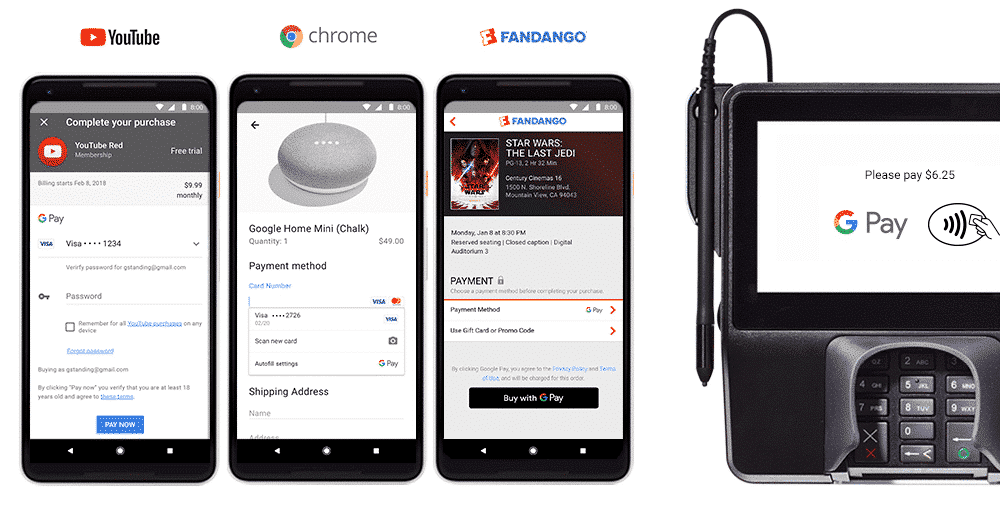 Google is fragmented when it comes to paying for things online. If you have purchased an ebook, entered your payment information in Chrome or purchased something in a store – you know what I am talking about. Google has announced that they are merging Android Pay and Google Wallet, into a single brand: Google Pay.

With Google Pay, it’ll be easier for you to use the payment information saved to your Google Account, so you can speed through checkout with peace of mind. Over the coming weeks, you’ll see Google Pay online, in store, and across Google products, as well as when you’re paying friends

Google has been accused of pulling a Microsoft, by endlessly rebrand and rename products that are successful, but not market-leading, in an effort to become the market leader, but end up fragmenting their own brands further by alienating existing loyal users and confusing late-adopters and casual observers who don’t follow the branding news. This marketing-driven disease spreads to other parts of the business, as engineers see a rebranding as a legitimate time to break backwards-compatibility, but they aren’t given the lead-time or budget for a full rework, so the new product is similar enough to the old product that it’s obviously just a rehash, but different enough so that nothing that worked with the old thing will easily work with the new thing.

Amazon, Barnes and Noble and Kobo will likely adopt Google Pay within their Android apps in the coming days, but e-reading apps issued by major publishers will likely take longer.