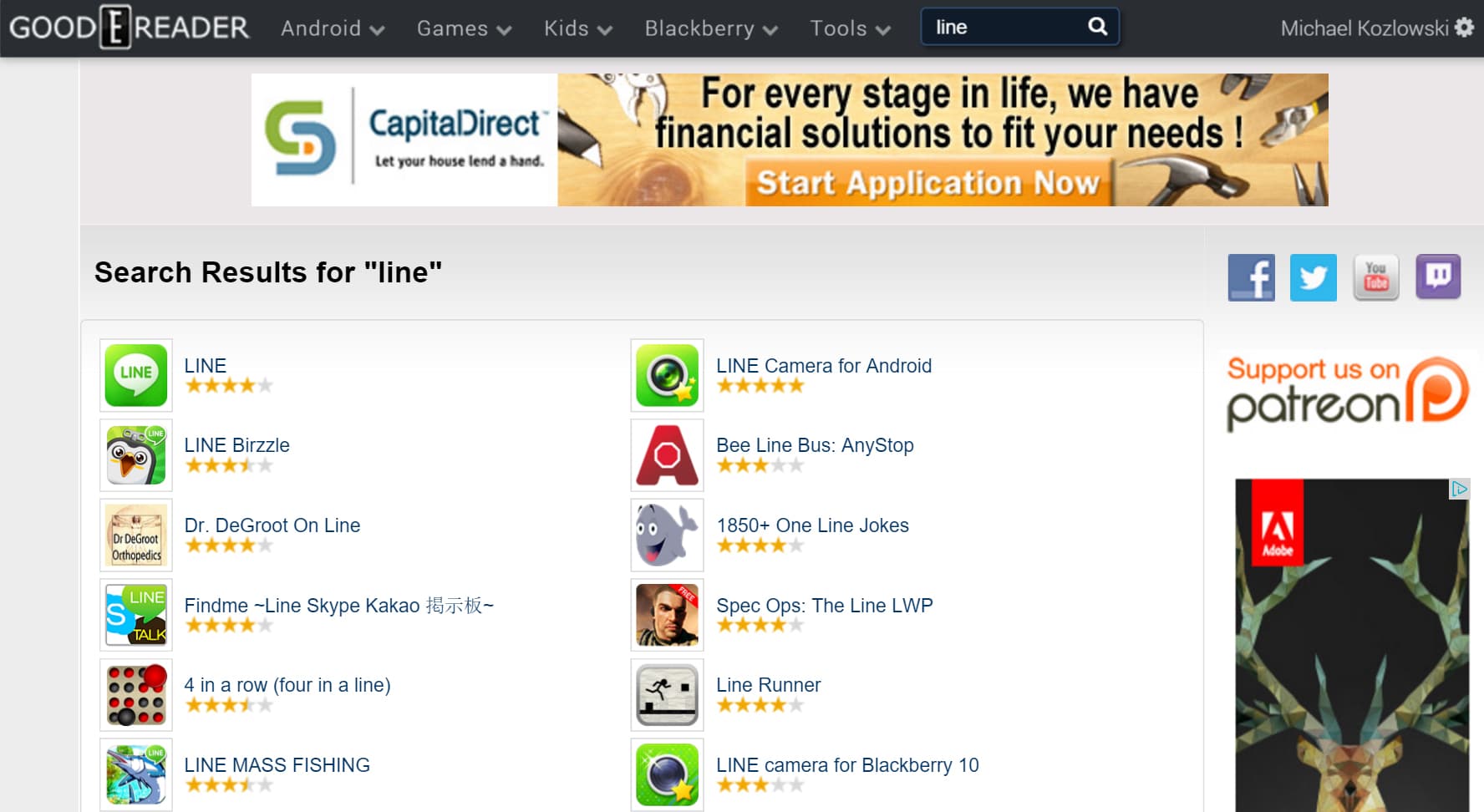 The Good e-Reader App Store is the largest Android and Blackberry market in Canada and we have made some big changes with app discovery and our internal search engine. This will allow for users to find the apps they are looking for quicker and only display meaningful results.

One of the limitations of our WordPress content distribution system was that it was made as a blogging platform and not much else. We have developed an extensive system over the years to allow you to download free/paid apps for Android and Blackberry and a developer system so companies can upload their own apps. We have over 42,000 apps now, so search has always been a huge priority and recently we redid our entire engine.

The way search worked for us in the past was if you tried to find the app “Line,” it would produce a huge list of apps that had the that word in the title, such as “online” and not “LINE : Free Calls & Messages.” Obviously this is counterproductive and actively hindered app discovery and we have fixed it.