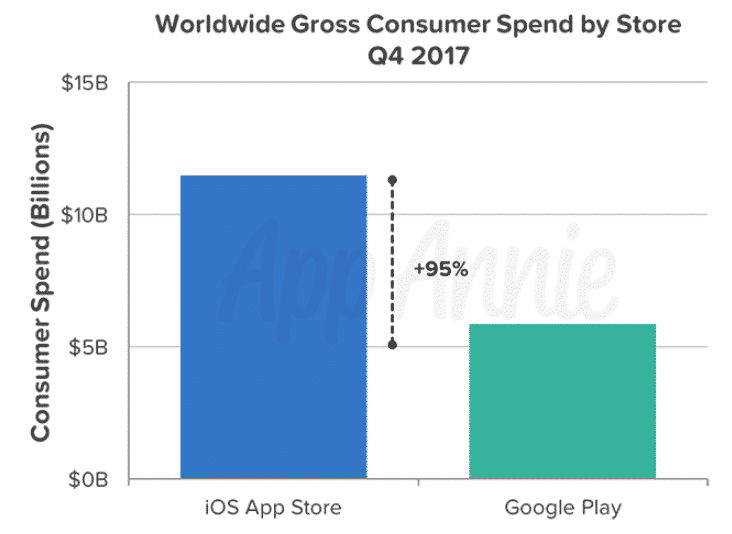 In Q4 2017 Google Android users collectively initiated 19 billion app downloads, which is 145% more than the Apple App Store, which generated over 7.7 billion downloads. Although Android has more downloads, Apple continues to generate more revenue. The App Store accounted for $11.5 billion, while the Play Store saw a paltry $5.9 billion in revenue.

Apple continues to be the number one ecosystem where developers can depend on users paying more money for apps and in-app purchases. I have been told by many companies such as Amazon, Kobo and Barnes & Noble that iOS is their bread and butter and they put a huge priority on iOS. They introduce new features on iOS first and later bring them over to Android. Not to mention this is a huge boon for indie developers who are releasing high quality audiobook and ebook apps on the Apple platform, where users pay to unlock certain features or purchase content.