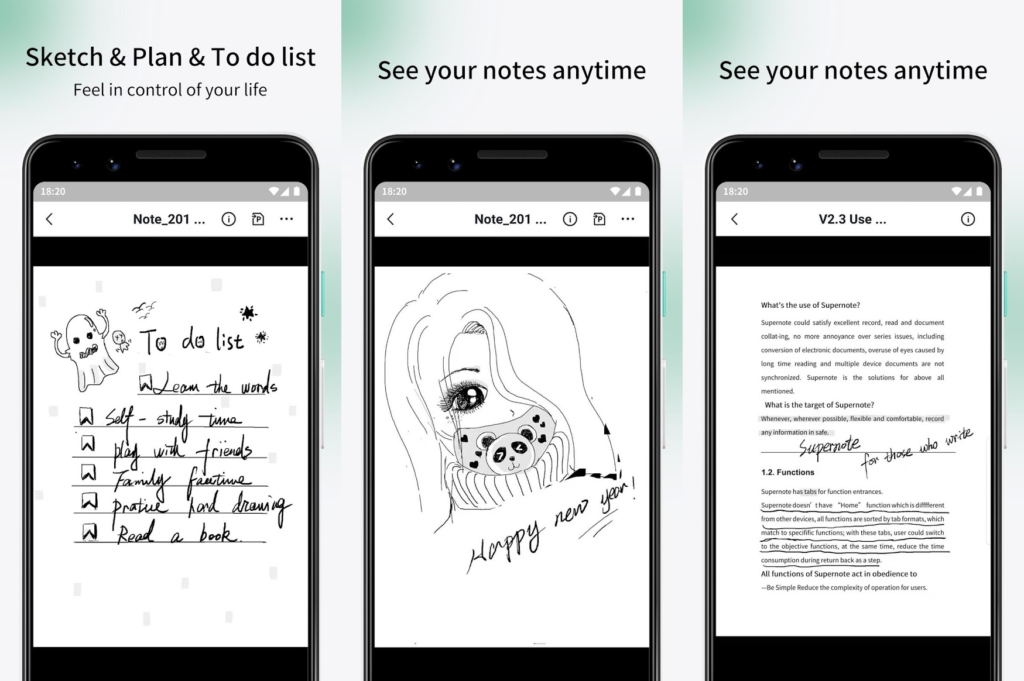 Supernote is one of the best new brands when it comes to e-notes or digital note taking devices. They have two products in their modern portfolio, the Supernote A5, which features a 10.3 inch display and the Supernote A6, which has a 7.8 inch screen. Both of these devices come with a standard stylus, but Supernote also has a premium line called the Heart of Metal, which we recommend. When you draw, or take notes on the Supernote, you can save your content via PDF or PNG and export it to your computer. Supernote also has their own cloud system, where stuff can be stored. In order to take advantage of their cloud system, the company has just released an Android app.

The Supernote Partner App can be run on most versions of Android and can be used to access all of your digital content that is on your cloud account. You can access all of your edited or unedited files on your mobile device and then hook it up to a screen projector or print it out. Currently the release version can only view content, but Supernote told Good e-Reader that later this year, you will be able to make edits to any of your documentation and then save it to your cloud account and then access it on your Supernote later. There will also be an iPhone version released in the next few months.

You can download the Supernote Partner app from Google Play or the Good e-Reader App Store.