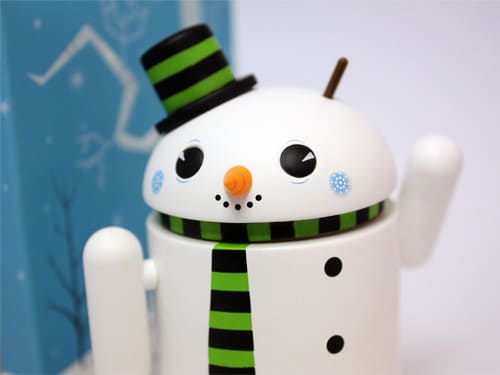 This week a number of new Android apps have been released and some old favorites have received massive updates. The long awaited Microsoft Cortana app is now available and our list includes a number of apps you want to install right this second. Keep in mind, all of these apps are available from the Good e-Reader App Store, no registration required.

John Cena Button –  John Cena has undergone a resurgence lately thanks to Twitch and other social video platforms. Spam John Cena in Chat Kappa 123. With this new button you can now troll people in public spaces.

YouTube Music – When you download the YouTube Music app, you’ll automatically get a two-week free membership to YouTube Red, a new paid subscription service that Google announced last month that lets users experience the site (and the Music app) without ads for $10 a month.

Microsoft Cortana – Microsoft has finally released its promised version of its Cortana digital assistant for Android device owners. The app has been in beta testing for some time after Microsoft announced its plans to expand Cortana beyond its Windows platforms earlier this year.

Playstation Messages – Messages is actually better designed than the full app, with a clean Material layout to view your current and favorite chats, check your friends list, see what they’re playing, and interact with everyone. You can send texts and voice messages, attach photos and themed stickers, brag about your progress and scores, and more.

Google Arts and Culture –  Arts & Culture app contains images and data on works of art and relics of the past from more than 850 museums and organizations around the world. And it’s free—not even a “suggested” donation.

Candy Crush Jelly Saga – Candy Crush Jelly Saga is another variant of the original Candy Crush Saga game. The gameplay is similar to the original game. The player has to match three candies to score points and spend moves. But this game has 80 levels with more added afterwards and adds new candy designs and new ones as pufflers, new boosters such as the strip lollipop and the lollipop hammer. You can also spread jelly and make new moves to defeat the Jelly Queen. The game has four new modes like the jelly mode, the jelly boss mode, the puffler mode and puffler boss mode.

Google Phone – This is the new Google Phone Marshmallow app. Phone has added call blocking, as well as a slightly enhanced in-call UI. Also, the dialer will display the nickname instead of the name for any contact you have given a nickname to in Google Now. And if your carrier supports Google’s visual voicemail iteration, you’ll get a voicemail count from now on.

Deezer – This app just received a major car play update, so you can drive around town and listen to over 20 million music tracks.

Palabre – Feedly & RSS Reader – Your beautiful RSS Reader / Feedly news reader based on your interests. With Feedly or RSS/Atom feeds, follow your favorites blogs, websites and build your dose of daily news. A personalized news reader just for you.

Simpsons Tapped Out – This is one of my favorite apps and lets you build your own virtual Springfield.  It has just received their annual Christmas update full of new quests and characters.