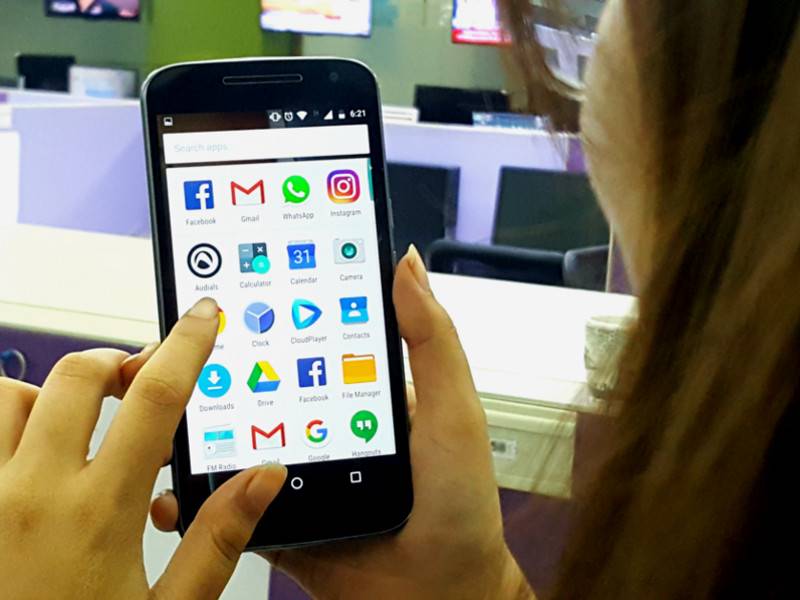 This week a number of new Android Apps and Games have been released and we are drawing attention to them on Good e-Reader. There was also a few that have received big updates, such as Google Play Books which dramatically simplified the main UI and made it more intuitive to use. All of the apps on this list are available to download from the Good e-Reader Android and Blackberry App Store.

WWE Tap Mania – There really isn’t much to say about the gameplay, because it’s pretty simple — tap the screen to punch the bad guys. That’s … really it. There are two “modes,” so to speak. The Main Event has you up against a wrestler that takes forever to bring down. Oh, and you have to do it in 30 seconds or less.

Firefox Focus – Like the iPhone and iPad version, the Android app is free of tabs and other visual clutter, and erasing your sessions is as easy as a simple tap. Firefox Focus allows you to browse the web without being followed by tracking ads which are notoriously known for slowing down your mobile experience. Why do we block these ad trackers? Because they not only track your behavior without your knowledge, they also slow down the web on your mobile device.

Last Day on Earth: Survival – If you’ve played a survival game like Don’t Starve before, Last Day on Earth’s gameplay should feel very familiar. Most of the gameplay revolves around wandering an environment and strategically harvesting resources while maintaining things like your health, hunger, and thirst. As you do this, you will inevitably encounter zombies, who you can sneak around, attack, or run from. Whether you are chopping down trees or cutting up zombies, you’ll be earning experience points along the way which allow you to level up and unlock new things to craft.

Loopsie – Cinemagraphs, Living Photos – Cinemagraphs are a mix between a picture and a video. They look like magic photos. (And with Loopsie, you are the wizard!

Google Play Books – The Google Play Books app for Android has just undergone a major revision and it now simplifies the reading experience. The Library page went through some significant changes, four of the five tabs have been removed and there are just two: Shelves and Books.

Harlequin Book Breaks – Book Breaks provides romance readers with a handy menu for customizing their reading experience. Waiting in line for a coffee? The BookBreak app suggests a number of brief but rewarding stories to fill just that amount of time. Looking for just the right tale to brighten up a dull day? The menu recommends a selection of lively reads— from “Edge of Your Seat” suspenses to “Trip Down the Aisle” romances— to pick you up. It is also free.

eStories – This company offers over 80,000 audiobook titles, mostly from the top publishing companies. In order to buy audiobooks from eStories you have to sign up for a monthly membership package for $11.99. You get one audio credit per month and if you do not use them, they carry over to the next month. If you want to buy an audio title you get a 33% discount by being a member. Almost everything that you purchase or download will be DRM-Free. If you want access to even more content you can purchase the Plus membership for $21.99 and get two credits per month or $49.99 per month for 5 credits.

Amazon Rapids – Amazon Rapids launched last November and features short stories for kids. All of the content is delivered in the style of an instant messaging app and are told through the lens of characters chatting with each other, one message at a time. Today, the company unveiled a huge update called Signature Stories which brings new stories from children’s TV shows, Niko and the Sword of Light and Danger & Eggs, to the app. Kids can read along with some of their favorite characters and celebrity voice talent including Aidy Bryant in Danger & Eggs and Tom Kenny in Niko and the Sword of Light. These original stories are authored by the shows’ writers and give a glimpse into unique adventures that take place beyond the TV series storylines

Ditty – Ditty by Zya is a music-based social-networking app that lets users add music and GIFs to their texts. The app censors curse words (text shows curse words as asterisks), but random GIF images can contain mild language, crude humor, and mildly suggestive themes. The app lets you search for users via social media or via your phone’s contact list. It also has a “follow all” feature that lets you follow any existing Ditty users. Individual songs can be bought at $0.99 per song or $19.99 for a pack of 40. Read the app’s privacy policy to find out about the kinds of information collected and shared.